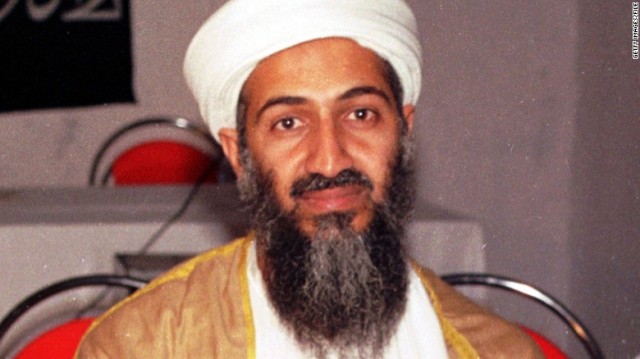 Washington (CNN) – Newly released documents written by Osama bin Laden include the late terrorist’s will, personal letters and warnings to countries including the United States.

The documents show that he claimed to still be worth millions of dollars even as he struggled to remain relevant while his al Qaeda network splintered.

The Office of the Director of National Intelligence released the newly declassified documents Tuesday. They were recovered during the May 2011 raid on bin Laden’s compound in Abbottabad, Pakistan, in which he was killed.

His will, dated from the 1990s, was just one of many documents revealing that death never seemed to be far from bin Laden’s mind.

In it, bin Laden said that he had $29 million in Sudan that he wished to be used on “jihad for the sake of Allah,” while also directing a small portion of that figure to various family members. The whereabouts of the money are unknown.

And in a separate letter, from 2008, he wrote, “If I am to be killed, pray for me a lot and give continuous charities in my name.”

Bin Laden’s media savvy was also on display. In an undated letter where he wrote about the upcoming 10th anniversary of the September 11 attacks, he sought something of a media blitz to highlight his belief that the attacks were the precursor to the global financial crisis of the late 2000s.

He recommended that his lieutenants reach out to CBS, other unnamed American networks and the Islamabad bureau chief of Al Jazeera to pitch some type of anniversary special, recommending Robert Fisk, a journalist who had previously interviewed him, to moderate.

The financial hardships of al Qaeda also come through in the documents, with bin Laden suggesting a scheme that would extort money from other countries, Mauritania among them, in exchange for a promise from al Qaeda not to attack them in the future.

Bin Laden did express concern about attacking Iran and Turkey, however, because much of al Qaeda’s money traveled through those countries on its way to members of the organization.

Interestingly, bin Laden also appears to have considered moving from Abbottabad in January 2011, some five months before his eventual death, but apparently not because he believed he was being tracked.

And there were also apparent differences with the current ISIS philosophy of establishing a caliphate as a base of operations. Bin Laden was reluctant to pursue a caliphate because of the difficulty in garnering popular support for it, along with the day-to-day burden of governing.

But his concerns were often more mundane, concerning the education of certain relatives and medical treatment of others.

In a letter dated less than three months before his death, bin Laden wrote that he preferred a female relative to visit a female doctor to describe an unidentified set of symptoms and said an x-ray or ultrasound should be obtained if the symptoms persisted.

In another letter, bin Laden expressed his gratitude that a brother of his was able to visit a dentist — something the most-hunted man in the world was unable to do.

The more than 100 documents put out Tuesday are the second tranche to be released by the intelligence community and follow a rigorous interagency review process to determine which documents are ready for release to the public after being declassified and translated from Arabic.

“It’s important that the documents collected at bin Laden’s compound be made available to the public,” Brian Hale, director of public affairs for the Director of National Intelligence said in a press release accompanying the documents.

“This was no easy feat as members of the task force dedicated themselves over a long period of time,” he said.

The latest documents also shine a light on bin Laden’s concern over a growing divide between al Qaeda and its affiliates and his efforts to present the terror network as a unified organization.

In a letter to the people of Libya, bin Laden praised the overthrow of the “tyrant” Moammer Gadhafi but called for the country to unite under the banner of Islamic law, while warning the United States and other countries to stay out of Libya.

And in a different letter addressed to “Muslim brothers and sisters,” bin Laden wrote of the importance of avoiding indiscriminate Muslim deaths in jihadi operations and urged jihadis to be judicious in their use of human shields during operations.

He also wrote directly to the American people, telling them after President Barack Obama assumed office that attacks against the United States would persist as long as America supported Israel.

The intelligence community expects to release additional documents from the raid later this year after they have been declassified.