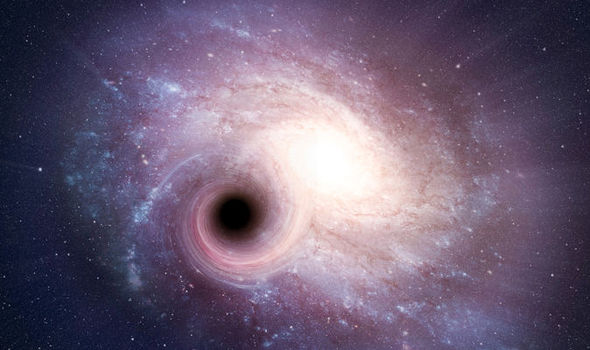 OUR Universe could have been born from a black hole in a four-dimensional Universe, an astonishing new theory has claimed.

Despite huge advances in scientists’ understanding of the Universe in recent decades, where the Cosmos came from remains a mystery.

Equally mysterious to experts are black holes – but now some experts are starting to consider whether the two are connected in some way.

At the beginning of time, 13.8 billion years ago, there was a dense and super-hot energetic point where the laws of physics did not apply – what is known as a singularity.

The only other thing in the Universe where a singularity occurs and the laws of physics are thrown out of the window is at the event horizon of a black hole, which is unexplainable by current scientific methods.

What is fascinating about black holes is that the event horizon is two-dimensional in our three-dimensional universe.

This means that there is something that we are unable to perceive and the theory, which was first suggested in 2014 and is now under serious scrutinisation, claims that our Universe is the result of a singularity of a huge black hole. 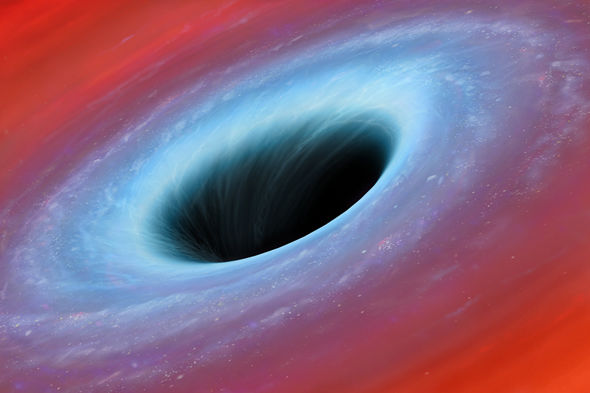 A 2014 study from the Perimeter Institute and University of Waterloo stated: “In this scenario, our Universe burst into being when a star in a four-dimensional universe collapsed into a black hole.” 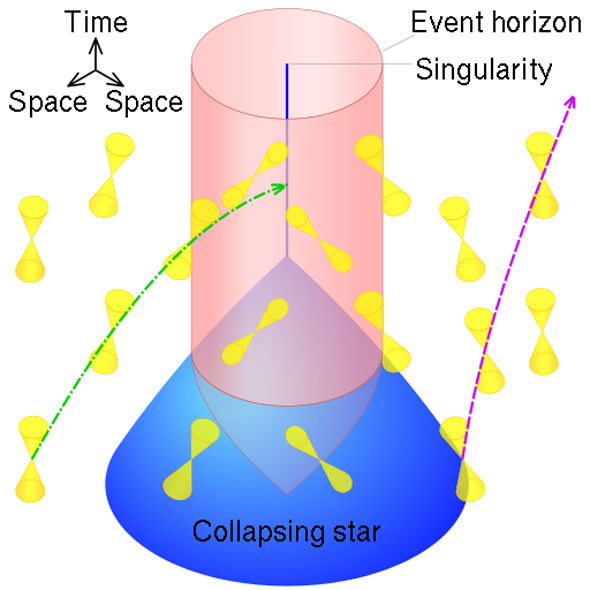 How a singularity of a two-dimensional black hole might look

Re-visiting the theory recently, Ethan Siegel, a professor of physics and astronomy at Lewis & Clark College in Portland, explained how a black hole could have formed in another universe which led matter to “fall” into our Universe.

Dr Siegel wrote for Forbes: “As the black hole first formed, from a star’s core imploding and collapsing, the event horizon first came to be, then rapidly expanded and continued to grow in area as more and more matter continued to fall in. 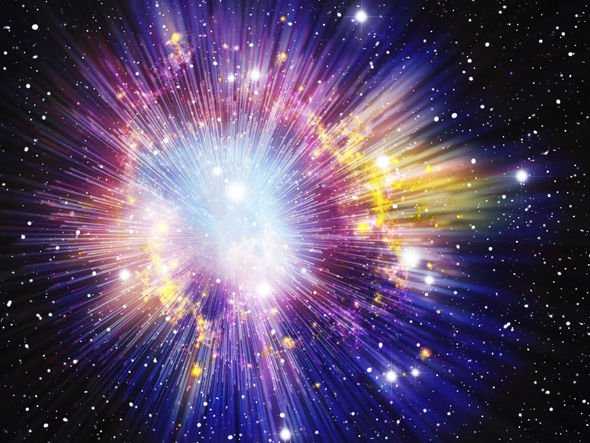 “If you were to put a coordinate grid down on this two-dimensional wrapping, you would find that it originated where the gridlines were very close together, then expanded rapidly as the black hole formed, and then expanded more and more slowly as matter fell in at a much lower rate.

“This matches, at least conceptually, what we observe for the expansion rate of our three-dimensional Universe.”