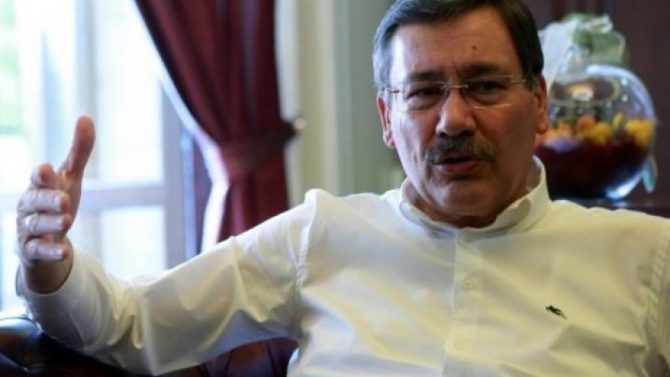 Ankara (AFP) – Ankara’s outspoken mayor on Tuesday warned that outside forces could be using sophisticated technology to try to trigger a man-made earthquake in a deliberate bid to harm Turkey’s fragile economy.

Melih Gokcek, who has been mayor of the Turkish capital since 1994, made the outlandish claims on Twitter where he regularly updates his more than 3.7 million followers, often writing in capital letters.

His comments were made after two quakes hit the western Canakkale province on Monday and Tuesday morning, measuring 5.3 and 5.2 magnitude respectively, the Turkish Disaster and Emergency Management Authority (AFAD) said.

In these tweets, Gokcek shared a video which claimed there were tools for causing manmade quakes, and he called all submarines and ships with large equipment to be taken under control of the authorities.

Gokcek said he had “researched” the two quakes and suggested they could have been caused by possible foreign interference.

“There was a ship conducting seismic research nearby. What this ship was researching and what country it belongs to must be solved,” he wrote.

The ultimate aim, he suggested, was to trigger an earthquake near Istanbul in a bid to stage an economic “coup”.

“At this moment, the coup aimed at Turkey is an earthquake near Istanbul to cause Turkey’s economic collapse,” he claimed.

It is not the first time that Gokcek, one of the more colourful members of the ruling Justice and Development Party (AKP), has made such fantastic claims.

Following last July’s failed coup, he suggested that exiled cleric Fethullah Gulen, whom Ankara blames for the putsch, was hypnotising his followers through genies.

The Canakkale region includes the Dardanelles Straits which is the gateway to the Sea of Marmara that leads to the Bosphorus in Istanbul.

Istanbul itself lies in a major earthquake-prone zone and in 1999, a quake northwest of the city left 17,000 dead.

It is not the first time a senior Turkish figure has blamed foreign elements for conspiring to harm the country’s economy.

Last month, President Recep Tayyip Erdogan himself blamed a conspiracy for the recent plunge in value of the lira, without saying who was to blame but saying such actions were akin to that of a “terrorist”.

“The purpose is to bring Turkey to its knees. They’re using the exchange rate as a weapon,” he said.