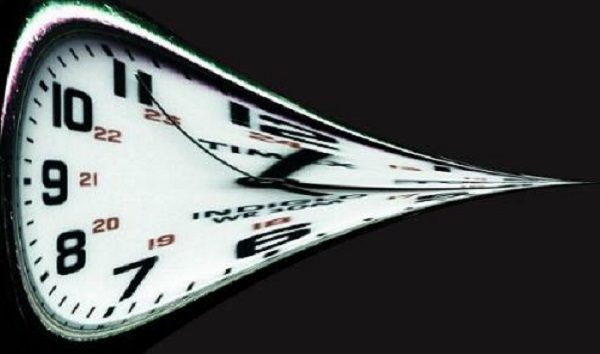 Apparently what happens in Vegas, may not actually stay in Vegas.

A paranormal researcher named Joshua Warren claims he is the first person to ever discover a time warp, which he found near the city. Warren said he has been measuring the rate of time all over in areas between Las Vegas and the top secret Air Force site known as Area 51. Last week he found a spot in the desert just north of Vegas where he claims time has slowed down.

Using what’s known as a “differential time rate meter,” also known as a “DT meter,” he claimed that for the first time ever he was able to record a measurement showing time had been slowing down for 20 microseconds – something that laws of physics prove should not occur.

“That shouldn’t happen unless there is some kind of unknown technology being tested nearby that would influence the environment, or if there are naturally places around planet earth that actually sort of flicker once in a while, that warp a little bit,” Warren told KVVU-TV.

The paranormal researcher says he plans to continue researching around Nevada to see if any patterns present themselves. He hopes he can pinpoint what’s behind the finding – perhaps something that’s not even present on Earth.

“The big question at this point is not whether or not we have these anomalies, but what’s causing them?” Warren told KVVU. “Is this something natural that gives us a window a gateway into another world or another level of reality? Or is this the byproduct of some kind of weird technology, be it something secret and man-made or something that’s extraterrestrial?”