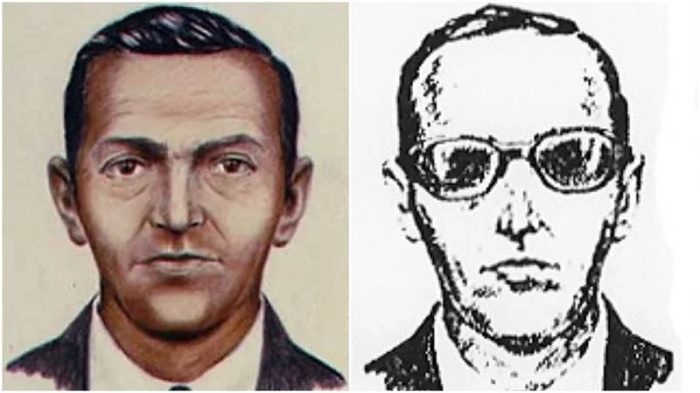 If you’re unfamiliar with who DB Cooper is, take a look here: FBI Gives Up on DB Cooper Hijacking Mystery

A passenger who sat near Cooper during his infamous plane heist has spoken out about his experience.

The hijacking occurred in 1971 when a mysterious man, who at the time went by the name Dan Cooper, boarded Northwest Orient Airlines Flight 305 to travel from Portland to Seattle.

During the trip, Cooper called over one of the flight attendants and asked them to write out a note declaring that he had a bomb in his briefcase and that the plane was being hijacked.

When the aircraft stopped at Tacoma International Airport, he allowed the passengers to leave in exchange for four parachutes and the sum of $200,000 in cash.

After the plane had taken off again, Cooper strapped the bag of money to himself, put on one of the parachutes and jumped out somewhere between Seattle and Reno. No trace of him was ever found.

One passenger who got a good look at Cooper during the original flight was Bill Mitchell – a University of Oregon sophomore who remained sitting nearby when the other passengers moved up front.

“The pilot came on and said, ‘We had engine trouble and so we’re going to have to run out some fuel’,” he recalled. At the time, he had no idea what Cooper was up to but became somewhat suspicious when one of the flight attendants went to sit down next to him.

“My ego got in the way of this,” said Mitchell. “It sort of bugged me that this flight attendant was talking with this older guy with a suit and smoking, and here you had a University of Oregon sophomore sitting right across the aisle and she wouldn’t make any eye contact or anything.”

His description of Cooper would later be used to help create the image of him seen above.

As for what ultimately happened to the culprit, Mitchell is unconvinced that he got away.

“My theory from day-one, or three days after I realized what was going on, is that he’s plunked down on the ground some place in southern Washington dead with the money,” he said.

For all we know, he could be right.