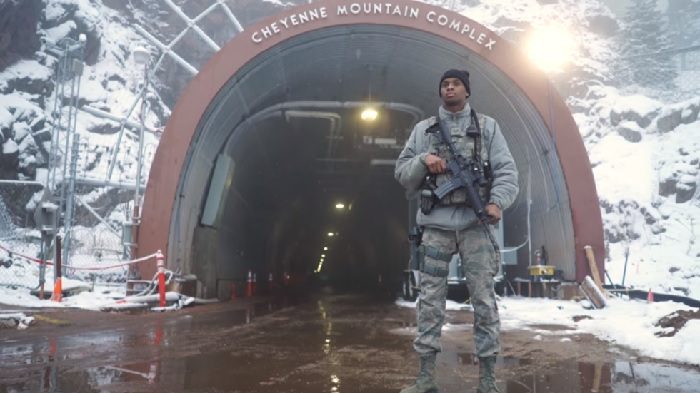 Pentagon Sends Teams into MOUNTAIN BUNKERS in All Out Pandemic Preparation

Elite and government officials always have a place to hide out in apocalyptic scenarios, but I always wonder what they will do once their stores run out (food, water etc.) and they realize they no longer have the masses working themselves to the bone for them, making them rich and essentially providing from them?!

The US’ Northern Command has sent teams of essential staff deep underground to wait out the Covid-19 pandemic. On the surface, more than a million grunts won’t be quite as cocooned.

Air Force General Terrence O’Shaughnessy heads up the US’ Northern Command, as well as the North American Aerospace Defense Command – a joint US/Canadian operation that monitors the skies over North America for missile and airborne threats. Earlier this week, O’Shaughnessy told reporters via Facebook that some of his watch teams would be moved from their usual command center at Peterson Air Force Base in Colorado to a number of hardened underground bunkers.

One of these facilities is the Cheyenne Mountain bunker complex, a warren of tunnels buried under 2,000 feet (610m) of granite, and sealed behind blast doors designed to withstand a 30 megaton nuclear explosion. 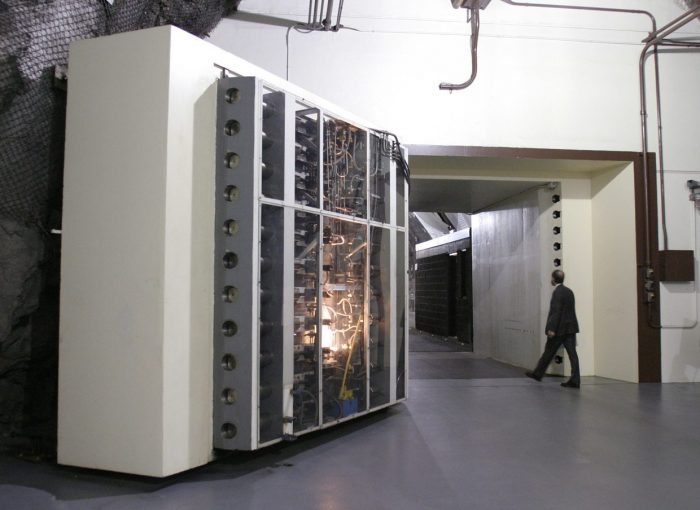 “Our dedicated professionals of the NORAD and NORTHCOM command and control watch have left their homes, said goodbye to their families, and are isolated from everyone to ensure they can stand the watch each and every day to defend our homeland,” O’Shaughnessy said. He also said that personnel sent underground will share the bunker with other members of the military, but he is “not at liberty to discuss who’s moving in there.”

Another team has been sent to an undisclosed location, O’Shaughnessy added.

Installations like Cheyenne Mountain are integral to the US government’s plan to survive a doomsday scenario. In the event of an existential threat to the US, a nuclear attack for instance, the president and his officials, as well as a contingent of political, military and civilian leaders would be immediately evacuated to four secure facilities to run the country from deep underground. These facilities are Cheyenne Mountain, the Presidential Emergency Operations Center under the White House, Raven Rock Mountain Complex in Pennsylvania, and Mount Weather Emergency Operations Center in Pennsylvania.

While the ongoing Covid-19 crisis has not triggered a mass exodus from Washington, it has prompted military leaders to take steps to ensure they remain combat ready. After admitting that the US military’s readiness could be affected by the pandemic, Defense Secretary Mark Esper stated on Thursday that the Pentagon would stop publishing precise details of Covid-19 cases within its ranks, to avoid revealing weaknesses to America’s adversaries.

As some of O’Shaughnessy’s forces head for the hills to wait out the pandemic in hermetic isolation, millions more on the surface will not have the same luxury. Army engineers have already been deployed to New York to scout locations for field hospitals, as the Empire State accounts for more than a third of the country’s 112,000 cases of the illness.

With the crisis deepening, the US military appears to be adopting an ‘all hands on deck’ approach, both on the ground and under. Though the US military is forbidden from carrying out law enforcement duties on American soil, President Trump signed an executive order on Friday authorizing the call-up of up to a million reserve and retired Army, Navy, Air Force and Coast Guard personnel.

These reservists could be called upon to assist civilian authorities in responding to the pandemic, as the nearly 10,000 National Guard troops already deployed have been doing. On Saturday, Esper announced a modified law that would provide federal funding for states looking to deploy more of these troops.

On top of this, two hospital ships have been sent to assist with treating patients in New York and Los Angeles.

RT
Headline image caption/credit: An airman stands guard at an entrance to the Cheyenne Mountain complex in Colorado © YouTube / AirmanMagazineOnline