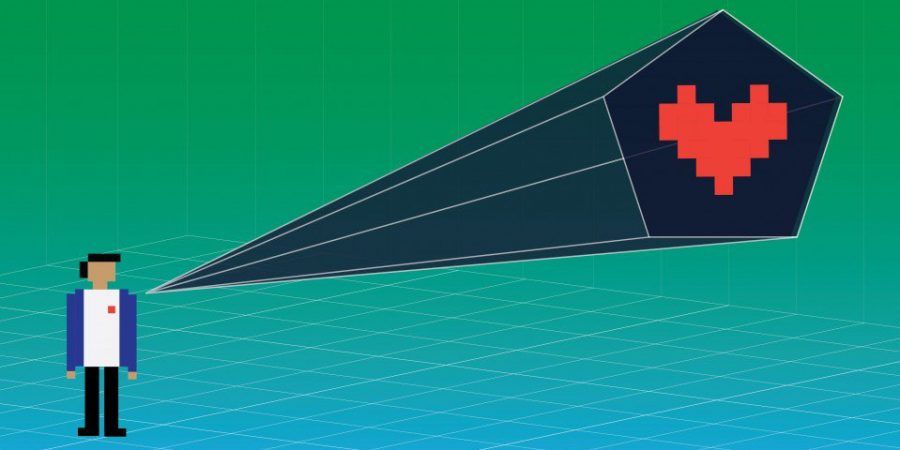 The Jetson prototype can pick up on a unique cardiac signature from 200 meters away, even through clothes.

Everyone’s heart is different. Like the iris or fingerprint, our unique cardiac signature can be used as a way to tell us apart. Crucially, it can be done from a distance.

It’s that last point that has intrigued US Special Forces. Other long-range biometric techniques include gait analysis, which identifies someone by the way he or she walks. This method was supposedly used to identify an infamous ISIS terrorist before a drone strike. But gaits, like faces, are not necessarily distinctive. An individual’s cardiac signature is unique, though, and unlike faces or gait, it remains constant and cannot be altered or disguised.

A new device, developed for the Pentagon after US Special Forces requested it, can identify people without seeing their face: instead it detects their unique cardiac signature with an infrared laser. While it works at 200 meters (219 yards), longer distances could be possible with a better laser. “I don’t want to say you could do it from space,” says Steward Remaly, of the Pentagon’s Combatting Terrorism Technical Support Office, “but longer ranges should be possible.”

Contact infrared sensors are often used to automatically record a patient’s pulse. They work by detecting the changes in reflection of infrared light caused by blood flow. By contrast, the new device, called Jetson, uses a technique known as laser vibrometry to detect the surface movement caused by the heartbeat. This works though typical clothing like a shirt and a jacket (though not thicker clothing such as a winter coat).

The most common way of carrying out remote biometric identification is by face recognition. But this needs good, frontal view of the face, which can be hard to obtain, especially from a drone. Face recognition may also be confused by beards, sunglasses, or headscarves.

Cardiac signatures are already used for security identification. The Canadian company Nymi has developed a wrist-worn pulse sensor as an alternative to fingerprint identification. The technology has been trialled by the Halifax building society in the UK.

Jetson extends this approach by adapting an off-the shelf device that is usually used to check vibration from a distance in structures such as wind turbines. For Jetson, a special gimbal was added so that an invisible, quarter-size laser spot could be kept on a target. It takes about 30 seconds to get a good return, so at present the device is only effective where the subject is sitting or standing.

Remaly’s team then developed algorithms capable of extracting a cardiac signature from the laser signals. He claims that Jetson can achieve over 95% accuracy under good conditions, and this might be further improved. In practice, it’s likely that Jetson would be used alongside facial recognition or other identification methods.

Wenyao Xu of the State University of New York at Buffalo has also developed a remote cardiac sensor, although it works only up to 20 meters away and uses radar. He believes the cardiac approach is far more robust than facial recognition. “Compared with face, cardiac biometrics are more stable and can reach more than 98% accuracy,” he says.

One glaring limitation is the need for a database of cardiac signatures, but even without this the system has its uses. For example, an insurgent seen in a group planting an IED could later be positively identified from a cardiac signature, even if the person’s name and face are unknown. Biometric data is also routinely collected by US armed forces in Iraq and Afghanistan, so cardiac data could be added to that library.

In the longer run, this technology could find many more uses, its developers believe. For example, a doctor could scan for arrhythmias and other conditions remotely, or hospitals could monitor the condition of patients without having to wire them up to machines.