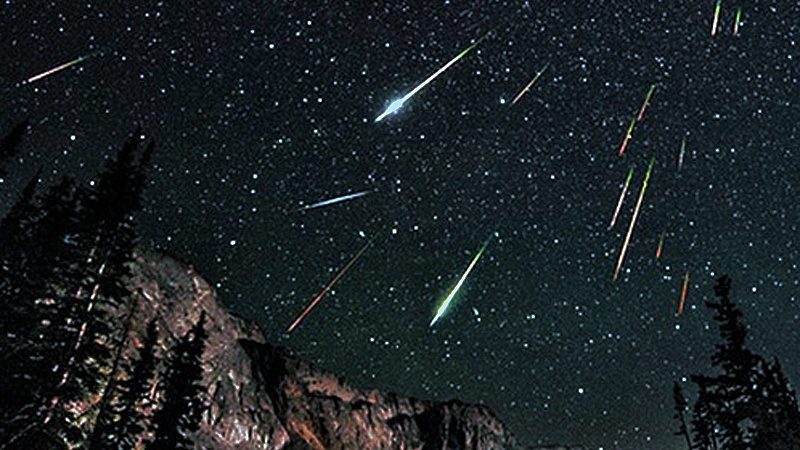 Every year in August, Earth passes through a stream of debris from Comet Swift-Tuttle, source of the annual Perseid meteor shower. The shower is beloved by sky watchers. It is rich in fireballs and plays out over a two-week period of warm, starry summer nights.

This year’s display is going to be even better than usual. “Our models predict an outburst on Aug. 11-12 with peak rates greater than 200 meteors/hour under ideally dark skies,” explains Bill Cooke of NASA’s Meteoroid Environment Office. “That’s about twice as many Perseids as usual.”

In ordinary years, Earth grazes the edge of Swift-Tuttle’s debris zone. Occasionally, though, Jupiter’s gravity tugs the huge network of dust trails closer, and Earth plows through closer to the middle. This appears to be one of those years. Experts at NASA and elsewhere agree that three or more streams are on a collision course with Earth–hence the outburst.

Observing tips: Go outside between midnight and dawn on the morning of Aug. 12th. Allow about 45 minutes for your eyes to adjust to the dark. Lie on your back and look straight up. Perseids can appear anywhere in the sky, but their tails will point back to a single point in the constellation Perseus: sky map. Increased activity may also be seen on the morning of Aug. 13th.

Got clouds? NASA is planning a live broadcast of the Perseid meteor shower overnight on Aug. 11-12 and Aug. 12-13, beginning at 10 p.m. EDT. -Courtesy of SpaceWeather.com

“The Perseid meteor shower is typically the most spectacular meteor shower of the year, every year,” says Rachel Ward-Maxwell, researcher-programmer for the Ontario Science Centre. “This year is special because there are expected to be many more meteors seen shooting across the sky than in recent history.”

While the Perseids are usually visible at a rate of about 80 or 90 per hour, Ward-Maxwell says this year it could be as many as 150 to 200 per hour.

The Earth will pass through a particularly dense area of celestial debris left by a comet, she says. The meteors will rocket through space at an average speed of around 30 kilometres per second.

The best time to view the spectacle should be the early morning hours of Aug. 12 in the northeastern sky, Ward-Maxwell says.

“Ideally, right before sunrise … the moon will have already set — it will be lovely and dark. The constellation of Perseus will be high in the northeastern sky and that would be a great time to see it.”

Those who aren’t so eager to be up before dawn will also be able to view the meteors during the evenings of Aug. 11 and Aug. 13, just not at peak levels, she says.

And the further you are outside the brightly-lit city, the better the view. Try to find a place with an open view of the sky, away from the coverage of trees.

The Perseid meteor shower reaches its peak visibility as the Earth passes through the debris trail left by comet Swift-Tuttle, named after astronomers who discovered it nearly 150 years ago.

“Comets, we like to think of them as dirty snowballs, and they live in the outer edge of our solar system … and they have these lovely long dust and gas trails,” Ward-Maxwell says.

“Meteor showers are special because they are directly the result of the Earth’s orbit passing through the debris of a comet … It’s like a concentrated cloud of dust that the Earth is driving through.”

Ward-Maxwell says the Ontario Science Centre will have special programming for visitors later this week to coincide with the Perseids. -Courtesy of TorontoSun.com