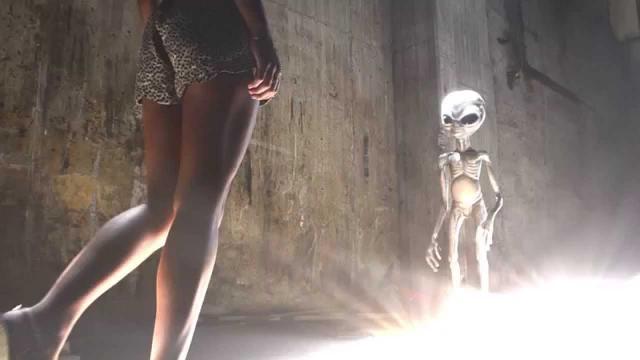 Phil Schneider was a government geologist who had seventeen years of experience involved with black ops. Phil Schneider was working for the U.S. government building underground bases. He held a Level 3(Rhyolite 38) security clearance. Schneider said he was one of three survivors in a battle with aliens in August 1979. He died on January 17, 1996 under suspicious circumstances. Schneider, disturbed by what he had witnessed while working in black ops, felt it was his duty to warn his fellow countrymen about the insidious grey agenda for a new world order.

‘Phil told me about the time when he was in the battle in the underground cavern where they accidentally broke into a nest of greys. The one thing that I remember so well is the description of the large grey’s eyes. He said that in the fight with them, one of them that he killed, the eye shields popped out and revealed yellow snake eyes with the up and down type of pupil like a reptilian. He said that they have black lenses that covered their eyes because their eyes are very sensitive to light unless it is a particular hue. He asked me if I had noticed that all the interstate and city street lights now have a pink hue to them? He said that, that hue of pink is the only light that their eyes can handle without the black lenses.’

In a report from ‘Voice Of Russia,’ there is a similar story that correlates with Phil Schneider’s experience.

‘There are unsubstantiated reports that a UFO crashed or was shot down near the city of Prohlandnyi, in the USSR on August 10, 1989. Soviet military radar tracked an unidentified flying object and the Russians attempted unsuccessfully to contact the craft.The UFO was classified as “hostile.” Soviet defenses were alerted, and MIG-25s flew to find and identify the UFO.

There was obvious damage to the exterior of the craft. The retrieval team, wearing protective outer wear, moved to the site. There was a small amount of radiation, and some members of the team were affected.

A helicopter on the scene was hooked up to the craft, and the UFO was transported to Mozdok Air Base.

A team of doctors and other medical personnel made every effort to keep the alien alive, but failed. All three of the beings were about three and a half to four feet tall, with gray outerwear. Underneath, their skin was a blue-green color with a reptilian texture. They had no hair, large black eyes covered with a protective lid, and web fingers ended their long, slender arms. The alien bodies were being kept in glass containers and the UFO was taken to Kapustin Yar. This information was first reported by three Russian investigators- Anton Anfalov, Lenura Azizova and Alexander Mosolov.’

According to Arizona Wilder of the Rothschild bloodline, all of this can be traced back to the thirteen bloodlines who were responsible for creating the greys. Wilder claims that in black operations the greys are called cybers and are really dolphin-alien hybrids that were created in the D.U.M.B.s. These cybers have the ability to communicate at a psychic level with other subjects because dolphins are renowned and known for having this ability due to scalar waves.