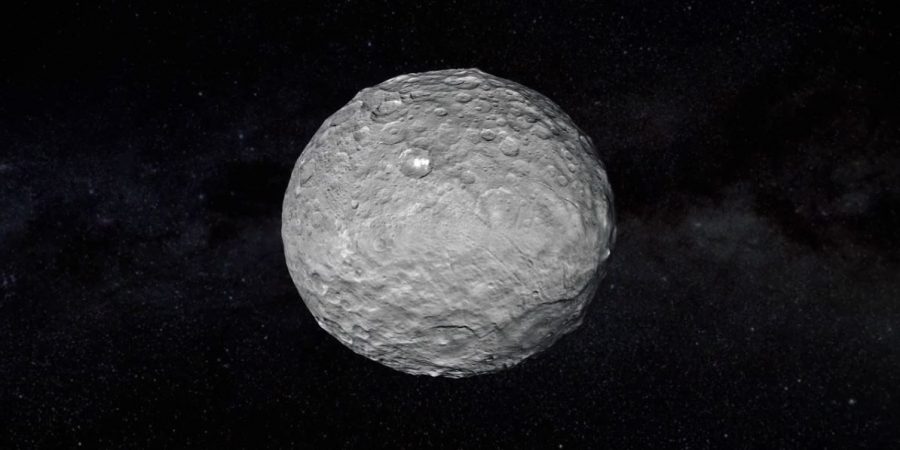 Physicist Pekka Janhunen with the Finnish Meteorological Institute has developed a novel idea to colonize a place other than the Earth—and it is not the moon or Mars. Instead, Janhunen is suggesting in a paper posted on the arXiv preprint server that humans populate a giant satellite that orbits Ceres, a dwarf planet in the asteroid belt between Jupiter and Mars.

Many space scientists have noted the difficulties and dangers of attempting to colonize either the moon or Mars—both have extremely hostile environments. So many in the field have been promoting the idea of building a structure large enough to host tens of thousands of people somewhere in space. But doing so would present its own set of problems. Paying for the construction of such a mammoth project, for example, and protecting the inhabitants from solar radiation—and what about providing gravity, and where would the structure reside?

In his paper, Janhunen suggests that Ceres would be an ideal place to put such a structure, which would make it a satellite. He notes that such an orbit would be close enough to the dwarf planet that a 636-mile-long space elevator could carry material from the surface to the satellite for construction and resupply—Ceres has more than enough nitrogen, water and carbon dioxide to support such a venture.

Janhunen has plans for the dish-shaped satellite, too—he envisions it as over a mile long and with thousands of interconnected cylindrical structures on its surface to house humans, and also to provide space for other necessities such as agriculture and recreational spaces. He also imagines a pair of giant mirrors for harnessing the sun’s energy on either side of the satellite, giving the overall structure a clam-like shape. He also envisions starting off with a population of 50,000 people. And he also believes the majority of the satellite could be built from material on the surface of Ceres. Gravity, he notes, could be simulated simply by spinning the satellite at the right speed.