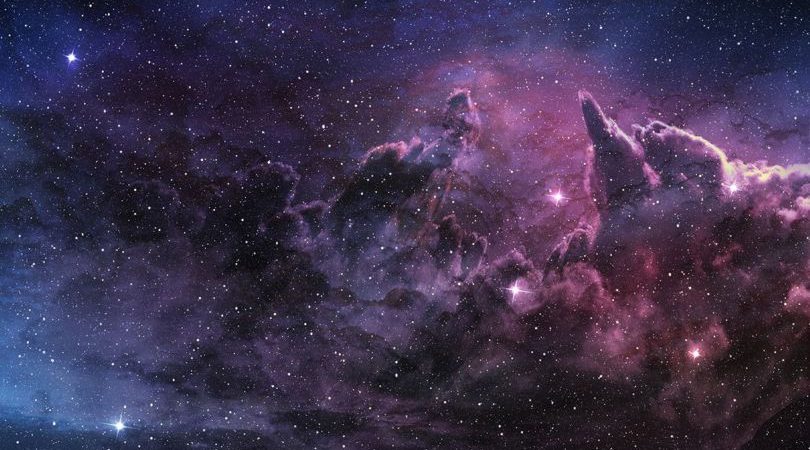 Theoretical physicists at the University of Southampton believe they have uncovered evidence the universe is in fact a giant holographic illusion – and one of the researchers on the project has told Sputnik the findings will alter the way scientists think about the universe forevermore.

In essence, the holographic universe theory means that while humans perceive reality as three dimensional, it is in fact a mere projection on a two dimensional surface — effectively an illusion.

If that’s a tad mindboggling, Professor Kostas Skenderis, one of the researchers on the project, generously simplified the concept.

“A good analogy might be watching a 3D movie at the cinema — onscreen images may have height, width and depth, but they’re just projections on a flat 2D screen. In our 3D universe, however, we can touch and feel objects — the ‘projection’ is ‘real’ from our perspective,” Professor Skenderis told Sputnik.

Many might find the concept peculiar, but theories suggesting the universe is an illusion or hologram are nothing new. Professor Skenderis explains these ideas were first promulgated in the late 1990s, as scientists attempted to reconcile the conflicting notions of general relativity and quantum mechanics.

“During the last century, there were two key pillars of scientific understanding — general relativity and quantum mechanics. The former describes universe well, the latter describes cosmos well, but it’s difficult to combine the two. Hence, the holy grail for physicists for decades was a theory which combines both. The holographic principle goes some way to rectifying this disparity — it was formulated by scientists, most notably Juan Maldacena, who studied the physics of black holes,” Professor Skenderis adds.

The difference is, the new study contains the first evidence — Skenderis is very specific that the findings are not “proof” — that this thesis is correct. This substantiation was identified by developing models of the holographic universe that could be tested by peering back in time as far as 13 billion years ago, the furthest reaches of the observable Universe.

Is this the real life? Is this just fantasy? Researchers have evidence that we're living in a hologram: https://t.co/PwmrbpRkAl @SAMTP_Group pic.twitter.com/DvABp3SAy4

Advances in telescopes and sensing equipment have allowed scientists to detect a vast amount of hidden data in the “afterglow” left by the Big Bang, the point the universe was created. Using this data, the team found some of the simplest quantum field theories could explain nearly all cosmological observations of the infant universe. This moves quantum gravity away from an alternative theory, and towards an accepted model of understanding. 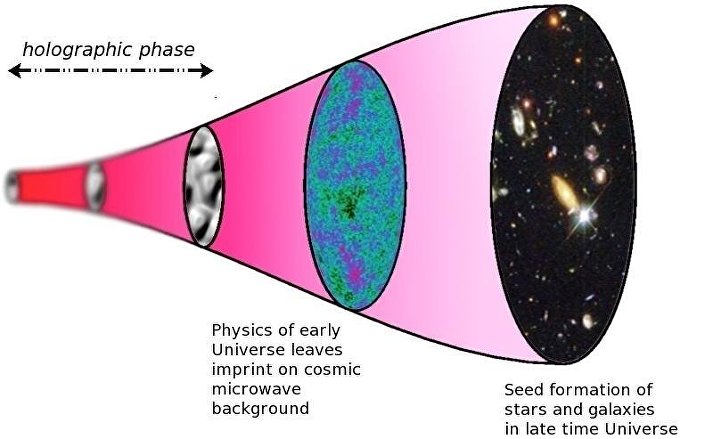 Sketch of timeline of the holographic universe

“Our findings raise many philosophical questions, including what space and time is, and what existed before them — after all, there was a period when neither existed. For those worried our findings suggest the universe isn’t real, I’d say that it’s simply a different understanding of what our universe is. There was a time when people thought atoms were elementary, but it was subsequently discovered they were comprised of other particles. That doesn’t make atoms less real. Our universe is very real, but there’s a deeper structure behind it. General relativity didn’t make Newton’s laws totally irrelevant,” Professor Skenderis told Sputnik.

The Professor adds that “holography” is a significant leap forward in the way scientists think about the structure and creation of the universe. The research fundamentally changes how the origins and mechanisms are understood at a quantum level.

His team hopes the study will further human understanding of the early universe and explain how space and time emerged.