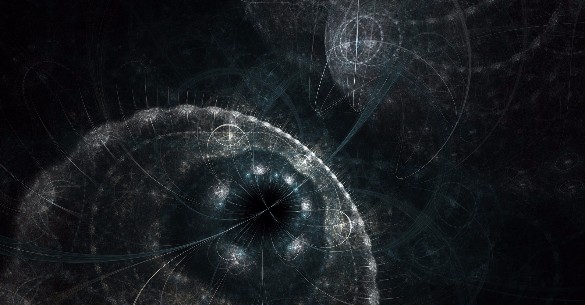 In a paper published in the physics journal, Classical and Quantum Gravity, Dr. Diego Rubiera-Garcia from the University of Lisbon in Portugal, and his team, posited that a physical object, such as a person or spacecraft, could survive the gravitational forces of wormhole travel. To make the theory and math work, they do have to play fast and loose with Einstein, but that’s not a big deal apparently.

According to Einstein’s Theory of Relativity, the innermost centre of a black hole holds a singularity; a point where gravitational forces are so strong that space and time end. If any object made it to a black hole’s event horizon, and eventually its singularity, it would be stretched into infinity; simply put, an infinitely thin piece of infinitely long spaghetti. However, since no evidence exists to support the existence of singularities, physicists have been taking some liberties with the theory.

Earlier this year, the theory of the ‘naked singularity’ was published, which suggests the universe has 5 dimensions instead of 4. New theories in quantum physics also call into question many theoretical aspects of Einstein’s work, especially those concerning black holes. While we rely heavily on the current ‘rules’ of the physical universe, Einstein’s work is not set in stone; the universe could be much spookier and weird. Knowing this, physicists have begun to develop new theories which fill in a few theoretical gaps and loopholes; one is Rubiera-Garcia’s hypothesis that if a singularity isn’t necessarily the centre of a given black hole, it could be a finite-sized wormhole. 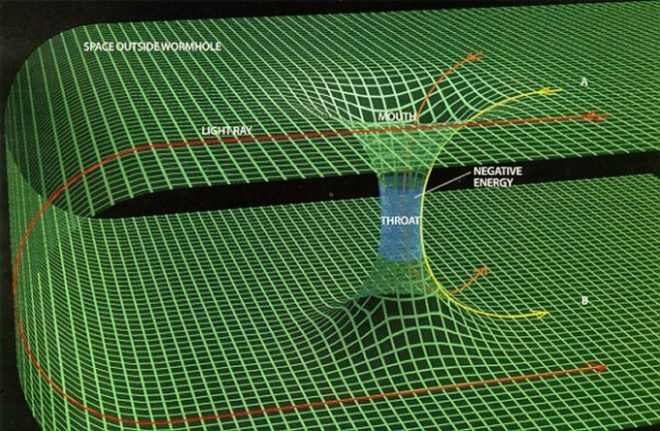 He and his team began by figuring out what would happen to objects if they survived the event horizon and made it to the wormhole. Using geodesic lines, which are the paths in space-time that free-falling objects follow, they created a model. Using a given object, they plotted the chemical and physical interactions that keep an object together as it travels through space and time. Rubiera-Garcia states,

Each particle of the observer [object] follows a geodesic line determined by the gravitational field…Each geodesic feels a slightly different gravitational force, but the interactions among the constituents of the body could nonetheless sustain the body.

In other words, if there is no singularity but rather a finite wormhole, objects would still experience extreme gravitational forces from the black hole, but ‘stay together’ in a sense. The team explains,

…different parts of the body will still establish physical or chemical interactions and, consequently, cause and effect still apply all the way across the throat of the wormhole…

The objects that enter the black hole will only be stretched and crushed to the size of the wormhole. If that object entered the wormhole, and hypothetically came out the other side, it would still be intact. It would be really weird looking, but not destroyed, which, in theoretical physics, isn’t too bad. It’s better than entering a singularity and meeting the end of space and time anyway.

This is obviously all theoretical, and since we have yet to actually ‘see’ a black hole, it will remain that way. That being said, it at least allows for physicists to begin redeeming the idea of the black hole, which has carried with it a stigma of being a frightening obliterator of all things that exist. Wormholes are cute, singularities are not.

For more information on wormholes, and whether they could possibly exist, check out the video below.