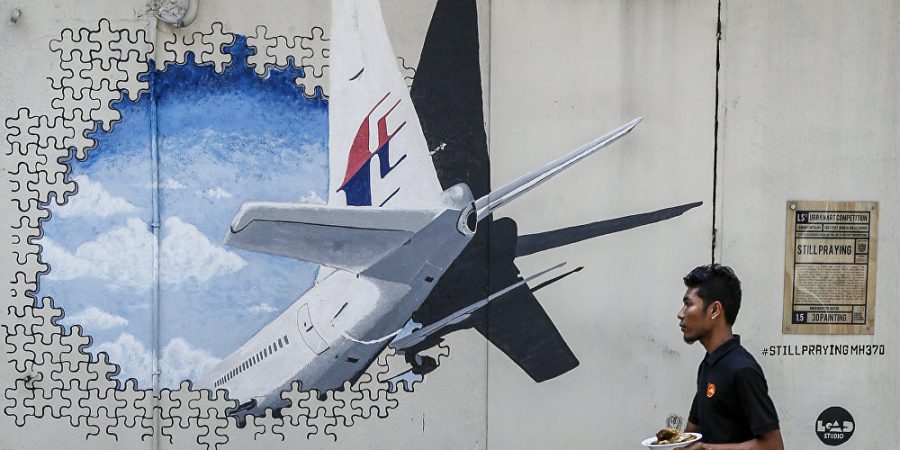 There have been multiple versions to date as to what had happened to the Malaysian Airlines flight that carried 239 passengers and crew. One of the most recent theories to be brought forward is that the pilot purposefully steered the plane into the ocean, however French investigators’ newly made assumptions point to something different.

The pilot of the ill-fated Malaysia Airlines flight MH370 was in control of the airplane “until the end,” Le Parisien cited French investigators as saying after they had reportedly analysed a batch of “crucial” flight data.

They went on to state that the said data “lends weight” to the assumption that “someone was behind the control stick when the plane broke up in the Indian Ocean,” going on to detail that “certain abnormal turns made by the 777” could only be carried out by hand. “Someone was in control,” the source was cited as adding, going on to state that although “it’s too early to assert categorically but there is nothing to suggest anyone else entered the cockpit.”

Meanwhile, Ghyslain Wattrelos, a Frenchman who lost his wife and two children in the catastrophe, praised the “incredible” work of the judges, with France being the only country conducting a judicial inquiry. Wattrelos lauded their effort, underscoring that they managed “to note that the case was riddled with incoherences.”

“For example, we know that the data initially provided by Malaysian authorities on the plane’s altitude were wrong. And I hope that by analysing all the data collected at Boeing, they will discover a problem that will jump out at them,” he told Le Parisien.

However, Wattrelos indicated that he remains convinced that the plane was likely “taken down,” although he can’t explain what makes him think so.

Last month, aviation security expert Tim Termini assumed while speaking to Channel 5’s ‘Flight MH370’ that there seem to be reasons to believe that the Malaysia Airlines jet was purposefully taken over. He explained there are a whole number of ways in which a hijacking could take place – through a crew member, “coming from a passenger,” or, alternatively, “a third option, which is a fairly unusual one, – a stowaway.”

However, he noted, there could be also an electronic takeover of the aircraft from a ground-based station – the version that is in tune with a recent report claiming that the MH370 pilot Mr Shah had conducted a similar flight on a simulator while trying to battle his mental health condition.

Beijing-bound Malaysia Airlines Flight MH370, which took off from Kuala Lumpur with 239 passengers on board, vanished from radars on 8 March 2014 while moving on from Malaysian to Vietnamese airspace.

After several years of fruitless attempts to map the plane’s crash site, the Malaysian government ended its search in May 2018, while investigations proceeded, including a judicial one by the French side: France lost three citizens in the mysterious 2014 crash.