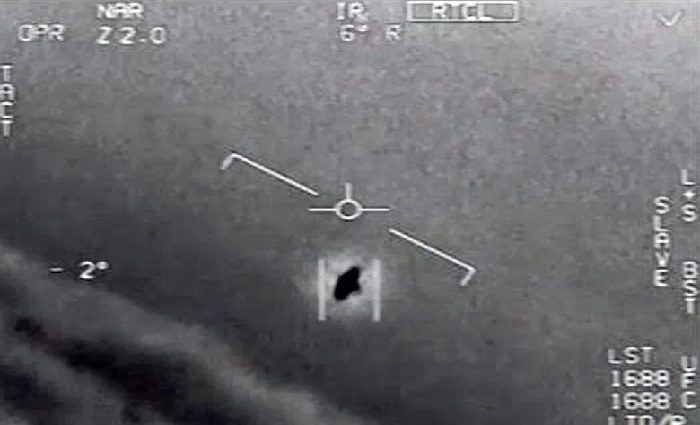 Pilot Who Chased The UFO Says there are Missing Tapes

Another interesting tidbit has surfaced in the story of U.S. Navy Cmdr David Fravor (Ret), the pilot who engaged in the now-infamous encounter with the “tic-tac” UFO in 2004. While flying his F/A-18F Super Hornet, he was sent to observe unidentified craft showing up on radar, flying from the USS Nimitz carrier battle group, leading to the bizarre run-in with the tic-tac. This encounter produced one of the three Navy UFO videos that have been making the rounds in the media for the past couple of years.

During an interview earlier this year, however, Fravor indicated that there were more tapes, including video and radar tracking information, that simply “disappeared” after the event. And so, the mystery deepens further. (Daily Star)

One of the first US Navy pilots to have encountered the famed tic-tac UFO off the coast of San Diego has said there are tapes “missing”.

Commander David Fravor was flying one of the two F/A-18E/F Super Hornets that had taken off from the USS Nimitz, during a combat exercise on November 14, 2004…

“All the radar tapes from the Princeton are missing and they can’t find,” Fravor told host and former US Navy pilot Vincent Aiello.

“I was chatting to someone at the archives and they’ve said someone has taken that page from the logbook.”

The conversation comes from this episode of the Fighter Pilot Podcast where Fravor was a guest. (It’s also where we learn that his pilot call sign in the Navy was “Sex”. You’ll have to listen to the last few minutes of the interview to learn where it came from, but it’s not as salacious as you might guess.) This interview is revealing and enjoyable because the host is another fighter pilot who actually served with Fravor back in the day. The lingo gets a little technical for the layman here and there, but they really dig into the details.

An interesting takeaway from this interview as to how Fravor got the tapes originally is revealed. After landing, he went down to CVIC (Carrier Information Center) and told them to give him the tapes. And if they refused he was going to “tear this place apart.” He told them to go get their boss and he would tell him the same thing. They gave him the tapes.

Fravor goes on to say that he made copies of the tapes which were kept in a safe on the USS Princeton. He said the tapes were still there when they returned from the cruise, but when he checked on them later they had simply “disappeared.”

This testimony is in keeping with what we’ve heard from other sailors. Two of them from the Princeton who provided video interviews to The Nimitz Encounters described how the “cleanup” after this cruise was taken care of. Shortly after the exercise and long before they returned to port, some men in either civilian clothes or jumpsuits with no military insignia showed up and collected data recorders, radar and video records from the days when the tic-tacs were being seen.

The odd part is that many of those devices and recordings were regularly not even looked at unless the airplane or radar manufacturers wanted test data for product development. Most commonly, planes’ recorders were locked in a safe after use for a time and then wiped and reinstalled for another mission. But after the tic-tac encounters, officers came around and collected them all with or without the unnamed civilians who arrived.

With that in mind, it’s probably not at all surprising that Fravor’s tapes would have gone “missing” as well. The real question is, what was on those recordings and would it provide the public with a better view and understanding of what these objects looked like and what they might have been up to. Unless Uncle Sam is feeling generous and cares to release any more of them to the media, we may not get those answers, but it would be extremely helpful if they would agree to do so.