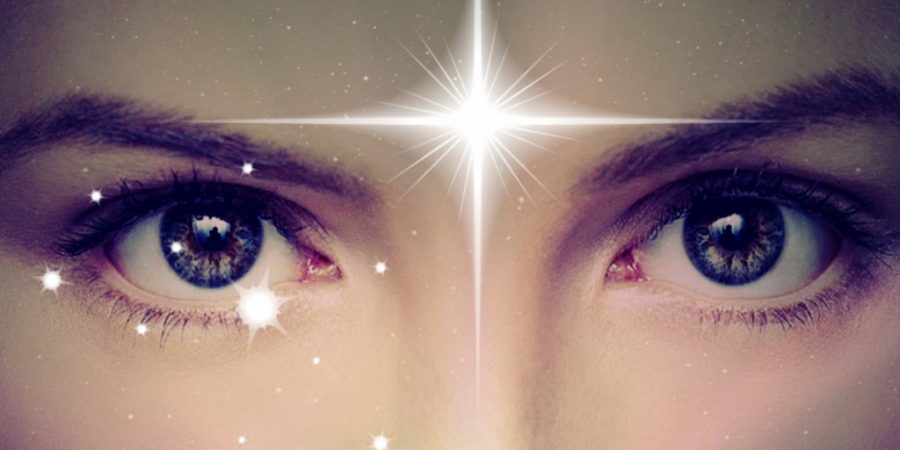 Pineal Gland Opening Experiences – A Warning about the Third Eye

If you haven’t yet experienced the opening of your pineal gland it can be a good idea to study, and learn, from those that have.

The third eye isn’t just a metaphor, but a literal, physical feature– and its common name is the pineal gland.

What is the Pineal Gland?

The pineal gland is a tiny endocrine gland located in the middle of the brain, nestled safely between the two hemispheres where both of the round thalamic bodies meet.

It has a reddish-gray color and, in humans, is about as big as a pea.

Its shape is similar to that of a pine cone, but many see a strong resemblance to an eye.

Various spiritual traditions have considered the pineal gland a vital part of accessing psychic abilities for thousands of years, even though its biological function wasn’t known until recently.

The pineal gland is calcified in most people by the time they reach their thirties, and though it isn’t vital to keep your body going, it helps regulate the hormone melatonin, which your body produces in anticipation of the setting sun.

It aids in biorhythms and sleep.

This means that, when people speak of opening their third eye, what they have really done is activate their pineal gland.

So, how do people activate their pineal gland? What happens when they do?

There are a number of ways one can go about opening their third eye:

After a person opens their third eye, things frequently get pretty bizarre.

Some of the experiences people undergo are pleasant, and others are downright horrific.

Many people report feeling intense pressure, tingling or itching in the center of their forehead when they first open their third eye, but it is always temporary. Some people describe it as being more of an emotional/spiritual feeling, while others experience new visual stimuli as if they have really opened a third eye located in the middle of their forehead.

Some commonly reported visual experiences are as follows:

If you are experiencing these things, it is very likely that your pineal gland is waking up.

But what happens after that?

One woman activated her pineal gland through intense, repeated meditation, as many people do. For her, the first sign of awakening was a headache– pressure in her forehead that lasted for several hours.

The morning afterward, this had faded to a dull throb, which lasted for several days. The enhanced psychic abilities came on gradually. At first, she only noticed that she learned more quickly ( she was a college student), and she was beginning to visually see human auras.

These were vague glimpses at first, but as time went by and she learned how to use her new abilities, the auras solidified and became more complex. Further meditation that concentrated on the pineal gland, or third eye, resulted in an intensely euphoric state of bliss.

She later said that this feeling of peace and knowledge was responsible for her heightened empathic abilities.

Another woman’s experiences weren’t so pleasant– after opening her third eye, she began to sense a malevolent presence around her every time she was alone. She experienced a primal, otherworldly sense that she was being watched and stalked, and she was even aware of the location from which the entity was watching her.

She would frequently wake up panicked, certain that something had just tried to attack her. It took her over a year to learn how to manage her newly developed senses, but says that many of the things she witnesses are more frightening than beautiful.

These are two examples on opposite ends of the spectrum, and for most people, their experiences with the third eye vary based on their vibrations, sensitivity and skill level.

Those who glimpse lower dimensions, where darker entities are thought to lurk, are more likely to become afraid and regret opening their third eye at all.

Others, especially those who are committed to improving themselves and the world around them, find themselves opened to countless beautiful new dimensions.