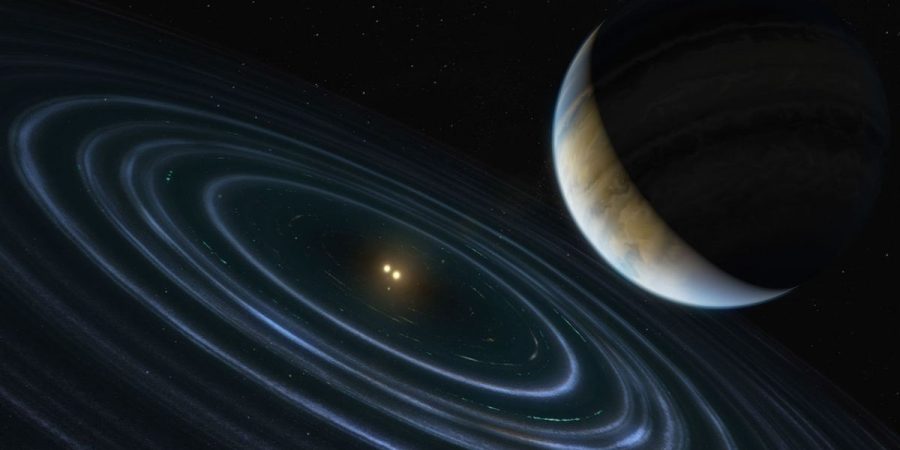 By BRIAN KOBERLEIN
via ScitechDaily

There are eight known planets in the solar system (ever since Pluto was booted from the club), but for a while, there has been some evidence that there might be one more. A hypothetical Planet 9 lurking on the outer edge of our solar system. So far this world has eluded discovery, but a new study has pinned down where it should be.

The evidence for Planet 9 comes from its gravitational pull on other bodies. If the planet exists, its gravity will affect the orbits of other planets. So if something seems to be tugging on a planet, just do a bit of math to find the source. This is how Neptune was discovered, when John Couch Adams and Urbain Le Verrier noticed independently that Uranus seemed to be tugged by an unseen planet.

In the case of Planet 9, we don’t have any gravitational effect on a planet. What we do see is an odd clustering of small icy bodies in the outer solar system known as Kuiper belt objects (KBOs). If there were no planet beyond the Kuiper belt, you would expect the orbits of KBOs to be randomly oriented within the orbital plane of the solar system. But instead, we see lots of KBO orbits are clustered in the same orientation. It’s possible that this is just due to random chance, but that isn’t likely. 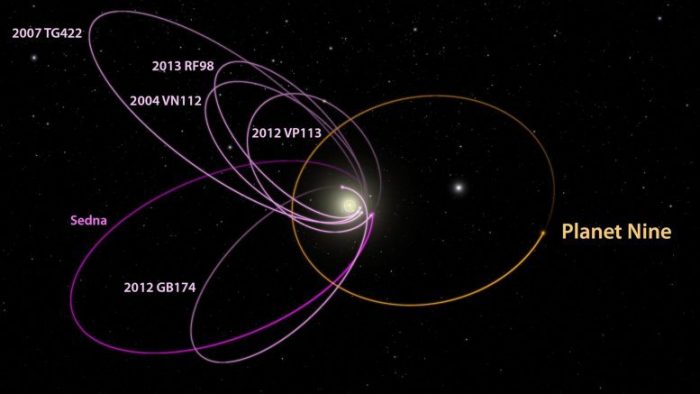 Back in 2016, the authors looked at the statistical distribution of KBOs and concluded the clustering was caused by an undetected outer planet. Based on their calculations, this world has a mass of 5 Earths and is about 10 times more distant from the Sun than Neptune. The paper even calculated a broad region of the sky where the planet might be. But searches turned up nothing. This led some to conclude the planet doesn’t exist. Orbital oddness doesn’t prove a planet exists. Just ask Planet Vulcan. Others went so far as to argue Planet 9 does exist, but we can’t see it because it’s a primordial black hole.

This new study reexamines the original work in light of some of the criticism it received. One big criticism is that outer solar system bodies are difficult to find, so we look for them where it’s convenient. The clustering effect we see could just be due to biased data. Taking observational bias into effect, the authors find the clustering is still statistically unusual. There’s only a 0.4% chance of it being a fluke. When they recalculated the likely orbit of Planet 9, they were able to better localize where to look.

One interesting aspect of the study is that the newly calculated orbit puts Planet 9 closer to the Sun than originally thought. This is odd, because if it is closer then we should have already found it. The authors argue that observations thus far have ruled out the closest options for Planet 9, which helps narrow down its possible location even further. If the planet exists, it should be detectable by the Vera Rubin Observatory in the near future.

This study isn’t conclusive, and many astronomers still argue that Planet 9 doesn’t exist. But this study makes it clear that we won’t have to argue about it for much longer. Either it will be discovered soon, or observations will rule it out as an explanation for the KBO clustering effect.