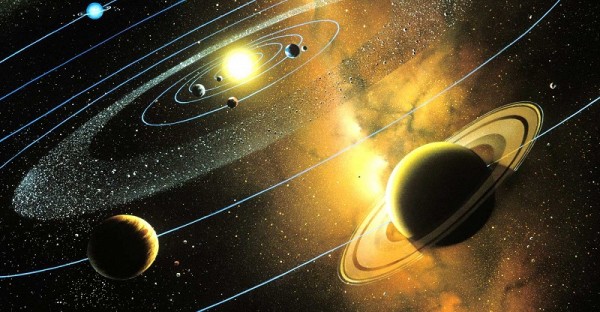 BENDEDREALITY.COM – August 2016
Compton N.
VIEW OTHER ARTICLES BY THIS WRITER

The still unconfirmed (Hypothetical) Planet Nine as you may already know is a large proposed planet in the very outer region of our solar system. If it does in fact exist, at this point in time we would still be safe and sound given its present location but what would happen if it should eventually make its way back to the orbital pattern of the other 8 siblings in our solar system (including Earth)? A new study says this would have apocalyptic results!

In a new study Dr Dimitri Veras from the University of Warwick Department of Physics has found as our Sun begins to die (transitions from a main sequence star into a white dwarf), Jupiter, Saturn, Uranus and Neptune are currently assumed to survive in expanded but otherwise unchanged orbits. However, a sufficiently-distant and sufficiently-massive extra planet such as the proposed Planet Nine would alter this “peaceful and quiet” ending. He found that Planet Nine might not be pushed out in the same way, and in fact might instead be thrust inward into a death dance with the solar system’s four known giant planets—most notably Uranus and Neptune. The most likely result is ejection of at least one of our gas giants from the solar system, forever.

Another model has Planet Nine being blasted into rocky debris by the dying sun, showering pieces out into the solar system to crash into planets and even out into the Milky Way potentially causing problems with other stars and their planets.

By using a code he developed that can simulate the death of planetary systems, Dr. Veras has mapped numerous different positions where a ‘Planet Nine’ could change the fate of the solar system. The further away and the more massive the planet is, the higher the chance that the solar system will experience a violent future.

As I read Dr. Veras study and while writing this article I couldn’t help but think of the anomalies that exist now with the outer planets, namely the gas giants.

There are two points that really jumped out at me after reading this new study. The study has pretty much explained the anomalies that exist. This is very fascinating indeed!

Second, there has always been mystery as to why Uranus is titled on its side.

Could this be behind the tales of the legendary visit of Planet X / Nibiru in the past? What do you think?

It should be noted that our Sun isn’t going to “die” for several billion years from now so we still have a little time to start building some escape pods and “blow this joint” before “Nine” comes “a knockin”.