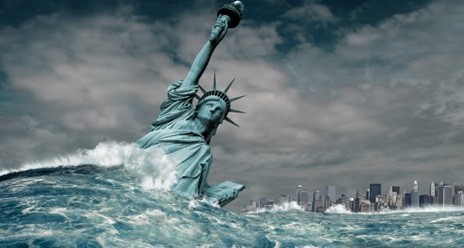 It looks like more records have been broken with these floods, but we have broken many records world wide and no one is connecting the dots and looking at the bigger picture.

I can understand just one country having record breaking winters or storms but it’s not, it is world wide. I think we have to wake up to the fact that something has changed or is changing on our planet. Could it be the effects of the approaching Planet X, I am not sure but it does seem strange that all of this is happening now and with such fury. I think it would be a good idea to monitor any more events especially between now and the end of March and if things get worse you better ask yourself or even the powers that be, what the hell is going on and what are you not telling us.

Most people would not give this a second thought and just put it down to Mother Nature having a hissy fit and they carry on with their daily lives not realizing the full impact of these events. Most people who are not affected will watch the news and feel sympathy for those affected then the next day forget it and go about their daily lives. I am assuming that the greater population have never heard of Planet X or if they have they associate that with a bunch of crazy preppers spouting the end of the world is coming and in a way I can’t blame them when you do see some of the media clips. The video/s below show a different picture because the people in these videos are from all walks of life and are prepping for many different reasons. I guess it is a question of them being observant as to how so much has changed for the worse in this country and around the world. I don’t think anyone thought about this thirty years ago so why now?

One day soon when the SHTF there is going to be a lot of panic and confusion especially when Planet X becomes visible and the masses start asking questions and I am sure they will be given some BS answer to still try to calm the people but I don’t think it will work at that point. Many of the elite will have already settled underground and we are going to be left on the surface to face the “wrath of God” if you will. I hope by now you have come to the realization that NASA and the governments of the world have been conning you for years and when conditions get worse most of you will be ill prepared. If you have not seen the update from YOWSA Planet X signs #4 I strongly suggest you view the link below as it is packed with some amazing facts. 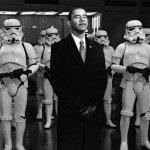 If you are not convinced now I don’t know what I can do to bring you from the dark side as the force is strong there, our troops are being assimilated into storm troopers and Obama is Darth Vader. When the SHTF you will think you are in a Star Wars episode but instead of watching it at the movies you are going to live it in real life. Most people are too wrapped up in their daily lives working and then arriving home to relax and as long as this continues you are relatively happy. Some of you are living the dream so why would you listen to anyone that would rock your boat and spoil it for you.

Their plan is working well and I have to hand it to the elite as their deceptions have worked wonders with the masses. Those that resist the dark side end up dead if you are capable of exposing the truth, Darth Vader will come for you whether it is the men in black or some other force to be reckoned with. If you don’t believe me then just do a little research on those who have gone against the force and met with an untimely death such as astronomers that we’re going to expose the existence of Planet X.

Stay safe. DDD signing off
Keep your eyes in the skies and use the force.