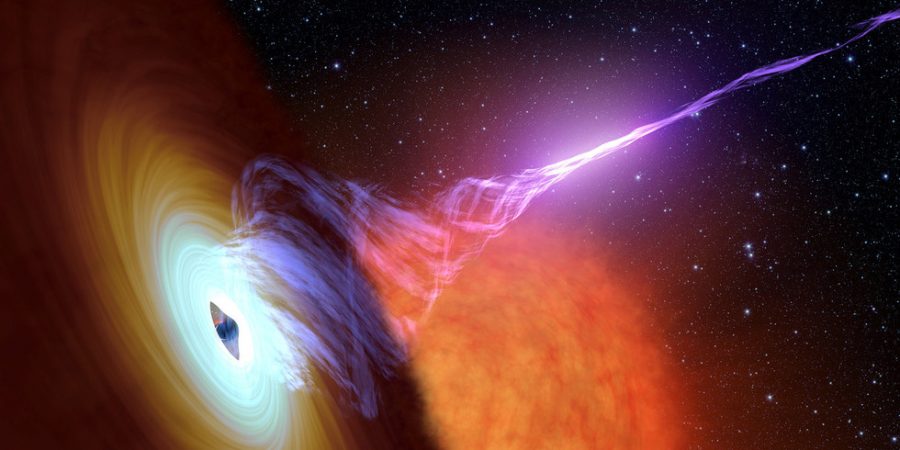 An astronomical anomaly considered by scientists to point to an as-yet-undiscovered planet may actually be a big black hole lurking deep within our solar system, according to a new theory.

Mathematical evidence for a planet, dubbed Planet Nine or Planet X by space scientists, was revealed by Caltech researchers in 2015. The strange object, they said, could have a mass some 10 times that of Earth and take up to 20,000 Earth years to complete one orbit of the Sun as it sits between 45 billion and 150 billion kilometers from our star.

However, now two physicists are suggesting that the enigmatic ‘Planet X’ isn’t a planet at all, but a planet-mass black hole, sucking in matter from its surroundings. If they’re correct, they say they will be able to find supporting evidence in the form of flashes of gamma rays, created by the interactions between dark matter particles in the halo surrounding a black hole.

And not only that, but the pair say in a paper on their theory that a black hole matching the projected mass of Planet X would be so dense it could be only the size of a bowling ball.

The researchers argue that focusing studies on the supposition that it’s a planet that’s out there seriously hampers the potential for making new discoveries.

“Once you start thinking about more exotic objects, like primordial black holes, you think in different ways,” James Unwin, one of the study’s authors and an assistant professor on theoretical particle physics at the University of Illinois at Chicago, told Gizmodo. “We advocate that rather than just looking for it in visible light, maybe look for it in gamma rays. Or cosmic rays.”

The physicists are now aiming to find crucial evidence to back their theory by searching through data from the Fermi Gamma-ray Space Telescope for signs of those signature flashes.