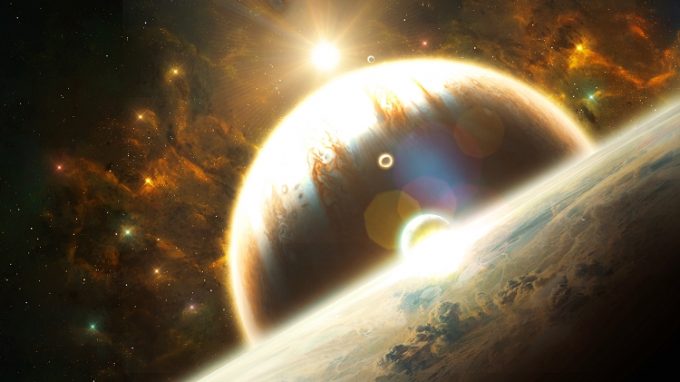 Since the first scientific evidence of Planet 9 earlier this year, scientists and conspiracy theorists are on the hunt for the mysterious object.

PLANET X — theories abound on Planet Nibiru, aka Planet 9, and its potentially destructive role in our solar system. From science, to theory, to legend, Planet X has captured the world’s imagination.

Researchers at the California Institute of Technology — or Caltech — caused a sensation in January 2016 with the news that they’d found evidence of Planet X, or Planet Nine, an object that orbits the sun from beyond Pluto. What they observed were anomalies in the orbits of several objects in what is called the Kuiper Belt, a ring of icy rocks and debris that extends beyond Neptune, the farthest known planet. What drew the attention of researchers was that these bodies were orbiting in a way that was tilted and irregular — but with a cluster of bodies following the same irregular orbital pattern, as if something was tugging at them. Mathematical modeling and simulations led to the theory that a large object — Planet X — was orbiting the sun in an elliptical path that took it through the outer solar system, one whose gravitational field could influence Kuiper Belt objects that way. The planet would be about 10 times the size of Earth and orbit the sun every 10,000 to 20,000 Earth years.

To conspiracy theorists, Planet Nibiru is a purveyor of doom, a giant planet destined to smash into Earth and bring about the apocalypse. Predictions of a cataclysmic collision seem to resurface every few years since it was first linked to Planet X in 1995. In 2011/12, there was so much talk that NASA Astrobiology Institute and NASA Lunar Science Institute scientists published a rebuttal.

During the August 2016 blood moon, a YouTube video that claimed Nibiru was causing an usual rash of blood moons by casting its red shadow as it grows ominously closer to Earth. Many other Nibiru prediction videos have followed.

Not an asteroid, But a planet 6 to 7 size bigger than Earth. It's called Nibiru or the PlanetX https://t.co/yKmE4YHPfI

Is there any truth to the headlines? Yes…but — with a BIG but. Dr. Dimitri Veras is part of the Department of Physics at the University of Warwick in the UK. His computer simulations of the way planetary systems break up have led him to conclude that, when our sun dies, large Planet Nine will have a destructive effect on outer planets such as Uranus and Neptune.

When a star like our sun dies, it starts to shed up to half its mass, a process that will eliminate Earth and the other inner planets. Then it will push the rest, including Jupiter, Saturn, Uranus, and Neptune, to the outer solar system. There, however, they may encounter Planet Nine, which could have the effect of ricocheting them out of the solar system and to drift into interstellar space.

The good news is, that won’t happen for another 7 billion years or so. In the meantime, scientists at the University of Hawaii are looking for more of the faint, distant objects that can point to the location of Planet X in the sky, a mystery they hope to have solved in the next five years or so.