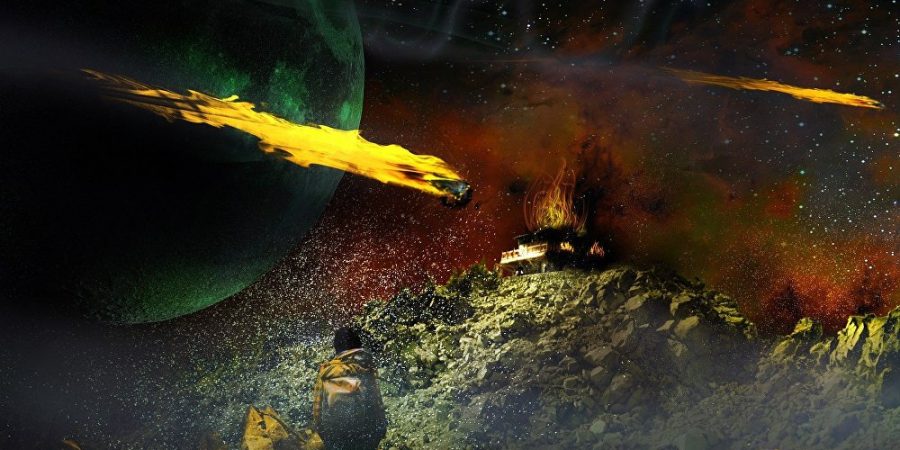 “Right before, when finally Planet X moves far enough away from the Sun that everyone on Earth looks up and goes ‘oh my God how could it have gotten there and they never told us? How? Who’s been lying to us?…”

Planet X, otherwise referred to as Nibiru, has long been a central icon to a wealth of conspiracy theories, including amusing predictions that the approaching mystery planet will cause a massive increase in Earth’s gravity and bring about more than just tidal abnormalities.

So-called Planet X, another name for the oft-theorized doomsday planet of Nibiru, will reverse the Earth’s magnetic poles and drastically change the way the planet looks like when it passes sometime soon, according to conspiracy theorist and doomsday preacher Gordon James Gianninoto.

Notoriously a believer that the wayward mythical planet of Nibiru will suddenly appear in our solar system before flipping the Earth’s magnetic poles and unleashing wild gravity, he predicts that devastating earthquakes, volcanoes, and tsunamis will about an apocalypse.

Speaking live to Coast to Coast AM radio, Gianninoto claimed that Planet X will not approach the Earth directly as it exacts its toll, at the same time remarking that the still-unproven heavenly body’s size, much larger than our Earth, means it will strike from a staggering distance of 24 million km. When Nibiru arrives, it will take the planet an hour to wipe out 90 percent of mankind, the conspiracy theorist concluded in his hilariously dismal forecast.

“What’s gonna happen at first, is we’re going to have increasing earthquakes, volcanoes, tidal surges, bigger storms,” the preacher gushed, adding, “we’re going to have all kinds of things like that and the pace is going to pick up to the point where the governments cannot rescue anybody. You are on your own and you’re going to see that happen”.

“Right before, when finally Planet X moves far enough away from the Sun that everyone on Earth looks up and goes ‘oh my God how could it have gotten there and they never told us? How? Who’s been lying to us?” he carried on, urging all within earshot to mark “that day” in calendars, since he estimated that a mere 49 days would be left until “a pole shift”, with seas expected to rise by up to 213 meters, minimum.

Conspiracy theories around the mysterious Nibiru have it that the mythical planet passes through our solar system on a long and elliptical orbit about every 3,600 years. NASA and the rest of the globe’s scientific community has dismissed all Nibiru-related claims as a hoax.