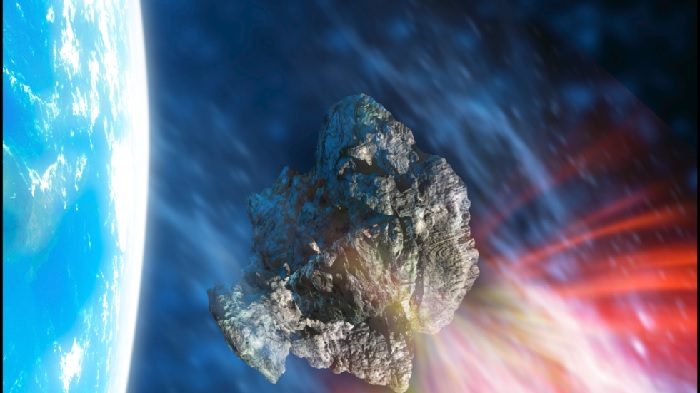 A disturbing new record for the closest asteroid flyby of the Earth has been set, after a space rock named 2020 VT4 came within 400 kilometers (250 miles) of the planet on Friday the 13th. And our planetary defenses missed it.

The asteroid was spotted by the Asteroid Terrestrial-impact Last Alert System (ATLAS) survey at the Mauna Loa Observatory in Hawaii some 15 hours after it made its close approach from our sun-facing blind spot.

Estimated to measure between five and 10 meters (16-32 feet) in diameter (about 5.5 refrigerators stacked on top of one another), 2020 VT4 made its closest approach at 17:20 Universal Time (UT) on Friday November 13 over the South Pacific, near the Pitcairn Islands.

For reference, the asteroid suspected to have caused the 2013 Chelyabinsk event was at least twice the size of 2020VT4, which would likely have burned up in the atmosphere and created a mini meteorite shower in the process.

To put the flyby in context, the International Space Station also orbits 400 kilometers (250 miles) above the surface of the Earth, and the space rock just about grazed low-Earth orbit while entering the sphere of geostationary satellites. Thankfully, no satellites were harmed during the flyby.

It marked the closest documented non-meteoric asteroid pass versus the Earth, after the previous record was also set this year, when asteroid 2020 QG came within 3,000 kilometers (1,864 miles) of the Earth on August 16.

The flyby dramatically changed the asteroid’s path through the solar system, reducing its orbit from 549 days to 315 days. Its next visit is expected on November 13, 2052, though at a much safer 1.8 million miles (2.89 million km) away.

The close call understandably made many online question where Earth’s planetary defences were and how they could have missed the object.

Someone from Spaceforce couldn’t bullseye that thing like a womp rat?

Why didn’t you get some practice in and shoot it down or destroy it. Seems like a good practice run for a larger,on course, one