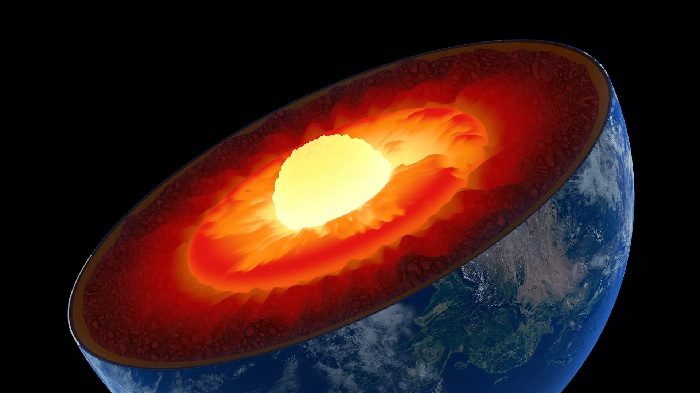 “This instability can have a lot of implications for the surface tectonics, and also earthquakes and supervolcanic eruptions…”

The new research suggests that the two large low-shear-velocity provinces, located beneath Africa and the Pacific respectively, differ in how close to the surface of the planet they extent.

According to Live Science, the researchers’ findings indicate that one of the blobs, which resides beneath Africa, extends far closer to the surface and is more unstable than its counterpart that sits on below the Pacific.

“This instability can have a lot of implications for the surface tectonics, and also earthquakes and supervolcanic eruptions,” said Qian Yuan, graduate associate in geology at ASU and the person who led the research.

Having examined some 17 global seismic wave data sets, Qian Yuan and his adviser Mingming Li, who is a geodynamics assistant professor at ASU, have determined that the LLSVP beneath Africa extends about 1,000 kilometres higher than the Pacific LLSVP.

Yuan also argued that, since the African LLSVP appears to be much taller than the Pacific LLSVP, it must be a lot less dense as well.

“Because it’s less dense, it’s unstable,” he said as quoted by the media outlet.

With LLSVPs suspected of being the source of hot plumes of mantle material rising up, Yuan suggested that such plumes may cause calamities such as supervolcano eruptions or even possibly a continental breakup.

He noted that, with the African LLSVP being “very close to the surface,” there is a possibility that “a large mantle plume may rise from the African blob and may lead to more surface rising and earthquakes and supervolcano eruptions.”