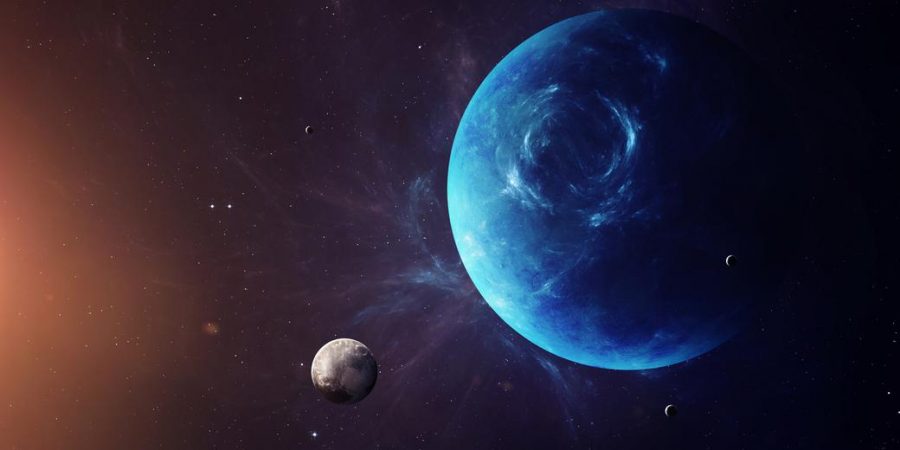 Pluto has had a rough time of it. Sure, the Earth is full of people wearing novelty T-shirts proclaiming their loyalty to what used to be called the smallest planet, but it doesn’t change the fact that scientists won’t let it back in the planet club. At least it got a couple years of being the farthest planet from the sun before having its status ripped away. Except, if you were alive between 1979 and 1999, then the farthest planet in the solar system was Neptune for a few years of your life.

Once you get all the way out to the far reaches of the solar system, things start operating on a much slower scale. Think of it this way. Pluto was discovered in 1930, and it had its planet status revoked in 2006. In the 76 years between those two dates, it had only covered about three-tenths of its orbit around the sun. It won’t be until 2178 that it will complete its first full “year” since its discovery. Who knows what we’ll be counting as a planet then?

Because the orbit of Pluto is 248 Earth years, that’s exactly how often we get to spot another quirk of the black sheep astral body. Every so often, Pluto’s elliptical orbit brings it closer to the sun than its nearest neighbor, Neptune. It’s all about the perihelions.

The perihelion is the point at which an object is closest to the sun, while the aphelion is the point that it’s farthest. These two points are generally measured in AU (astronomical units). One AU is the average distance between the Earth and the sun: about 93 million miles (150 million kilometers).

For context, the Earth’s perihelion is 0.98 AU and its aphelion is 1.01 AU — thanks to our mostly circular orbit, there’s not a huge difference between the closest and the farthest points. But since Pluto’s orbit is so elliptical, its perihelion is much, much, much closer to the sun than its aphelion. At the farthest point, it’s 49.5 AU away (in other words, almost 50 times farther from the sun than the Earth is), but it swings up to 29.7 AU at its closest. By contrast, Neptune’s orbit is almost as circular as Earth’s, ranging from 30.4 AU to 29.8 AU. That means that every single time Pluto makes an orbit, its closest point comes in 0.1 AU (9.3 million miles, or 15 million kilometers) closer than the ice giant next door. 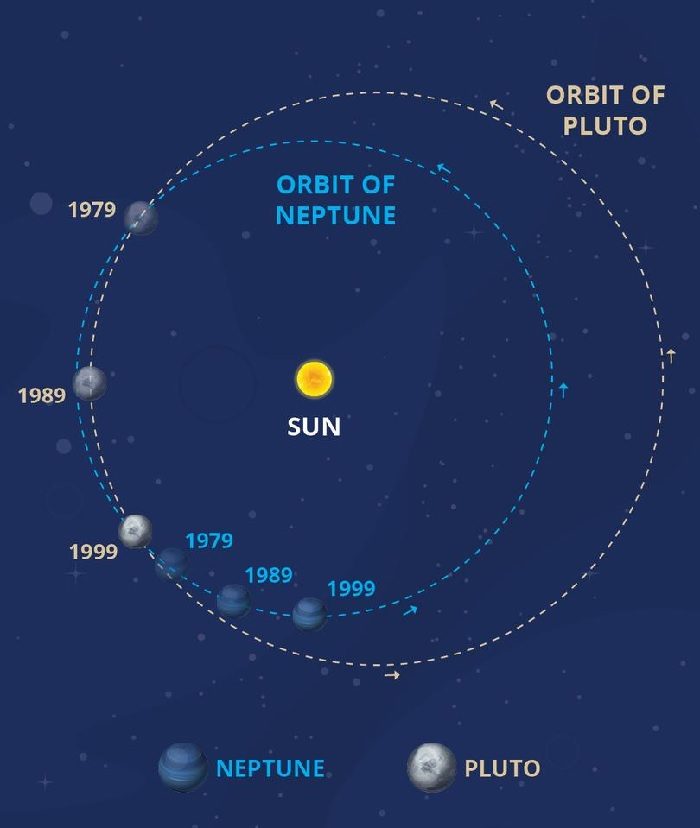 The fact that Pluto’s orbit is so stretched out and elliptical isn’t the only strange thing about it. It’s also inclined at an angle of 17 degrees. While all of the eight planets (it’s still painful to write that) lie in a relatively flat plane in relation to the sun, Pluto’s orbit is at a sharp angle to the rest, like a seesaw stuck in one position. Although its strange orbit didn’t play a role in disqualifying Pluto for planethood, it probably comes down to the same factor: size. Scientists aren’t positive, but the leading explanation for Pluto’s weird behavior is that it’s just so small that Neptune has a significant effect on its motion. Over the past 4.5 billion years, the smaller body has been buffeted and slingshotted by the gravity of the larger planet, and the result is an orbit that’s unlike any planet’s (but not unlike that of other objects in the Kuiper Belt). We’ll say this: Pluto may have lost its planet status, but with all of its weirdness, it will never lose its place in our hearts.