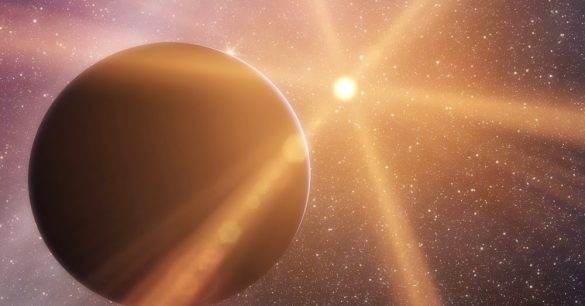 Pluto has been in the news quite often over the last few years since being reclassified as a dwarf planet. There has been some speculation that liquid oceans might be found on Pluto, and the once-planet has been observed to interact strangely with solar winds. Just this month, a new discovery about Pluto has the astronomy community puzzling over what to make of the tiny, distant planetoid.

According to a press release from the Johns Hopkins Applied Physics Laboratory, astronomers using data from NASA’s Chandra X-ray Observatory have detected significant x-ray emissions shooting out of the mysterious Pluto. The X-rays were detected by NASA’s New Horizons spacecraft during four separate fly-bys made throughout 2014 and 2015.

The researchers’ data has been published in the astronomical journal (and my pick for winner of best academic journal title) Icarus. According to the authors’ findings, the x-rays are unlikely to be the result of atmospheric radiation and thus must be originating from Pluto itself:

“We eliminate auroral effects as a source, as Pluto has no known magnetic field and the New Horizons Alice UV spectrometer detected no airglow from Pluto during the flyby.”

So far, astronomers have been unable to determine what might be causing the mysterious X-ray emissions, but interaction between Pluto’s atmosphere and solar winds is thought to be the most plausible explanation. 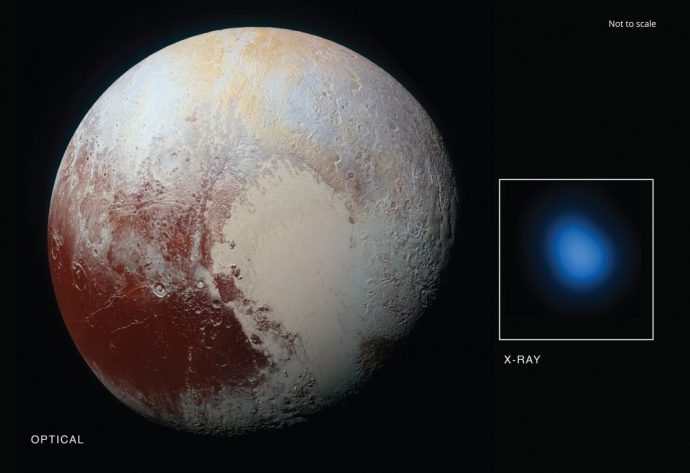 According to Scott Wolk of the Harvard-Smithsonian Center for Astrophysics, a co-author in the published research, this theory has astronomers re-thinking much current knowledge about outer solar system objects in the far reaches of our cosmic neighborhood, as it was previously unknown that such distant bodies could emit X-rays:

“Before our observations, scientists thought it was highly unlikely that we’d detect X-rays from Pluto, causing a strong debate as to whether Chandra should observe it at all. Prior to Pluto, the most distant solar system body with detected X-ray emission was Saturn’s rings and disk”.

This discovery complicates current theories about background X-ray radiation found throughout the universe. It has been previously thought that background X-rays are an intrinsic trait of the known universe, but this discovery now has astronomers theorizing that this X-ray radiation might be the result of interactions between forces and objects in space. Before any conclusions can be drawn, scientists will have to comb through the data that NASA’s New Horizons probe will continue to gather on Kuiper Belt objects like Pluto until 2019.