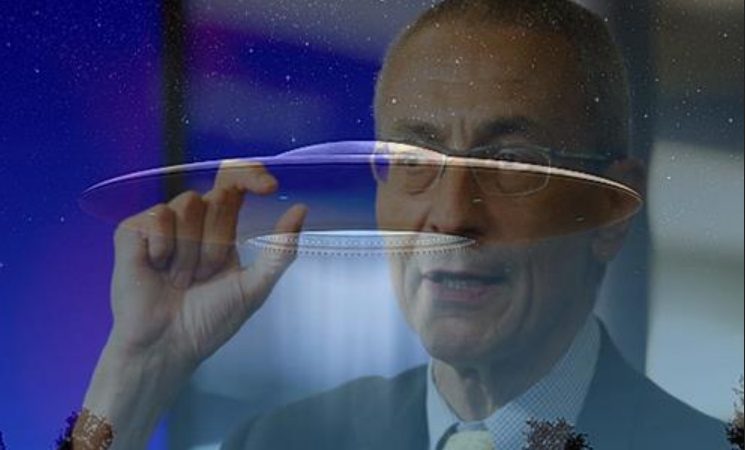 It is clear that John Podesta is very interested and involved with the UFO community. Below are more emails mentioning UFOs and disclosure. The lack of official disclosure is telling and troubling to say the least.

Just got them from Joe, one of the producers and interviewers who will be there Tuesday. Let us know if you need any background on the Church Committee, PLCOB activities, the Senate bill they mention, or anything else:

Q: In the long run, do you think that the Church Committee – with what it exposed and the regulations that followed – helped curtail the rise of secrecy and the trend towards becoming a national security state? Or did it merely cause the executive branch and the intelligence organizations under it’s control to become more aggressive in their pursuit of creating and maintaining protection from any oversight?

Q: Kenneth Mayer said, “What is especially striking about debates over classification and secrecy is that presidents have asserted almost complete command over the institutions and processes that both produce and protect secret information… In practice, classification remains an outpost of almost absolute executive prerogative.” Do you agree with this statement? If so, what can be done to lessen the President’s dependency on secrets and classification within executive programs? If not, who is responsible for the proliferation of secrets within the US government?

Q: The Privacy and Civil Liberties Oversight Board has been created to provide oversight of covert actions on behalf of Congress and the American people. However, in the Intelligence Authorization Act for Fiscal Year 2016 that was passed by the House – Section 306 states that “[n]othing in this section shall be construed to authorize the Board, or any agent thereof, to gain access to information that an executive branch agency deems related to covert action, as such term is defined in section 503(e) of the National Security Act of 1947 (50 U.S.C. 3039(e)).” While the companion Senate bill, S. 1705, does not include a similar provision, why do you believe there is a desire by members of Congress to limit the ability of a committee like the PCLOB to provide oversight of covert executive branch programs?

Q: State secrets have proliferated far beyond the government’s current ability to review and clear them for release. What can be done to reduce the creation of – and dependency on – classified documents in future administrations? What can be done to increase our ability to process the massive amounts of “sensitive” date – much of which was born secret and was never reviewed prior to classification?

Q: In your opinion, why are the files having to do with UFO investigations being kept classified and who gains by continuing to keep these files classified?

Q: If you were to create a set of guidelines or a group to handle the declassification of UFO-related information and material – how would you go about it?

This is Jack Brown Knox. We met this AM while you were running the promenade alongthe East River. I thank you for your offer to contact the White House Counsel to see where clemency for former Governor Siegelman. He is currently incarcerated in Oakdale Correction Facility in Louisiana.

It would be timely to issue a pardon before the accumulation of evidence of prosecutorial and judicial misconduct explodes under the Obama administration. The grotesque railroading of a Progressive and good man who Rove could not legitimately defeat at the polls is clearly a scandalous black mark in the history of American justice. Better to rectify it before it’stoo late.

On another note you may be interested in a book by David Wilcock called “The Source FieldInvestigations”. Nominally about the 2012 phrophecies it incorporate possible explanations for UFO experiences. Hope it was a good run.

I recently read your tweet from a year ago regarding the disclosure of sealed UFO files. With so many people currently talking about this topic, I honestly believe the landscape is ripe a social conversation to take place. There’s a new film I’m hoping will lend an opening towards this conversation – THE PHOENIX INCIDENT, a heart-pounding extraterrestrial thriller about the unsolved mystery of the Phoenix Lights – the largest UFO incident in North American history!

THE PHOENIX INCIDENT will make its U.S. premiere with Fathom Events in theaters nationwide on March 10th, 2016. THE PHOENIX INCIDENT, being dubbed the “REAL” X-Files, is the debut feature film of writer-director Keith Arem. Arem, a native of Arizona where UFO sightings made global news, is an accomplished gaming industry veteran who has talented directed AAA franchises including Call of Duty, Saints Row, Ghost Recon, Spiderman, Tony Haw Pro Skater and Titanfall.

With the 19th anniversary of the Phoenix Lights soon approaching; and as you’re already aware, with Presidential candidates such as Hillary Clinton vowing to investigate UFO’s and Area 51, this film couldn’t be more timely!

I would love to send you an advanced link of the film to view. Also, perhaps a conversation with Writer-Director Keith Arem could also be of interest to you.

I would love to hear your thoughts!