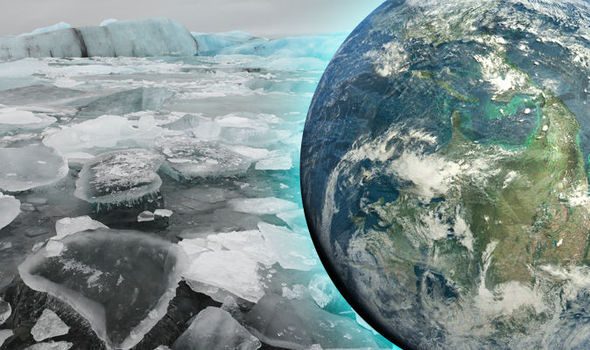 Two new studies published in the scientific journal Nature have brought a new threat to the world’s attention: the shutdown of the Atlantic Ocean currents including the Gulf Stream.

Barely a day goes by without new research emerging warning humanity of its impending doom, but the collapse of the Gulf Stream is an event with particularly ominous connotations.

Scientists have previously linked disruptions to Atlantic currents with everything from heatwaves in Europe to rising sea levels in coastal US cities.

The Day After Tomorrow was a disaster film based on the idea that disruption of these currents would lead to extreme weather events followed by a massive drop in global temperatures. Scientists think changes in Atlantic currents certainly played a role in the onset of the last ice age.

So should we be worried about the Gulf Stream, and is another ice age on the horizon?

What is the Atlantic Meridional Overturning Circulation?

Known as Amoc for short, the term refers to the system of ocean currents that acts like a conveyor belt for water and brings warmth to Western Europe.

A stream of warm water travels north from Antarctica on the Gulf Stream, releases its heat and then sinks to the bottom of the ocean and travels back south. Global warming stalls this process, causing the currents to slow down and resulting in all sorts of weather disruption.

The two newly published studies have caused a stir not only because they show a significant weakening of Amoc, but because they show changes previously only predicted in future computer simulations are actually happening right now.

So is The Day After Tomorrow about to become a reality, and are we going to plunge into another ice age?

It’s highly unlikely, but that does not mean the film is a complete fabrication.

“The Day After Tomorrow is clearly a very extreme version,” Dr David Thornalley, a climate scientist at University College London and co-author of one of the studies, told The Independent.

“The science behind it says that the shutdown – the severe weakening of the Atlantic circulation – has happened in the past and during the last ice age it happened a number of times.”

Fluctuations in the Amoc have in the past contributed to major climate changes, including the onset of the last ice age.

While a sudden shutdown now would probably not cause disaster on a Hollywood scale, its effects would certainly be dramatic, and characterised by extreme weather across the Atlantic region.

“If the more extreme case happened with the shutdown of the circulation then yes it is the case that Britain could cool – and it could cool by quite a lot, maybe 5 degrees Celsius,” said Dr Thornalley.

“The circulation is one of Earth’s tipping points, and it remains the case that it could suddenly collapse,” he continued.

“That is scientifically accurate – we just don’t think it’s that likely.”

What exactly does “unlikely” mean?

The new studies did not set out to predict the future of the Atlantic current, but there are various rough estimates.

One such estimate suggested a 5 per cent chance that Amoc could collapse by the year 2100. While this is fairly low, Dr Thornalley pointed out this is a matter of perspective.

“If you live by the shore in a place where sea levels are likely to rise, a one in 20 chance your house might be flooded means you might think differently,” he said.

The fact that scientists did not predict the effects seen by the two research teams in their Nature studies suggests existing models need to be improved.

If the Amoc isn’t shutting down completely, what is going on?

The data suggests the Atlantic current has slowed by around 15 per cent – although the two new studies differ on the timescale over which this weakening has taken place.

However, even if the Amoc weakening is only gradual – as the climate models predict and the current data appears to show – it is still a cause for concern.

Research has previously suggested this weakening will play havoc on weather systems on both sides of the Atlantic.

As the Amoc slows down, winter storms in the UK will become more prevalent, as will summer heatwaves across Europe. There will also be a rise in sea levels on the East Coast of the US, and an overall increase in sea temperatures will impact marine life in the Atlantic.

Though Amoc may contribute to a slight dip in temperatures, he added this should not be seen as some kind of antidote for human-induced global warming.

“The most likely scenario is that the Northern Hemisphere and the UK will continue to warm,” he said.