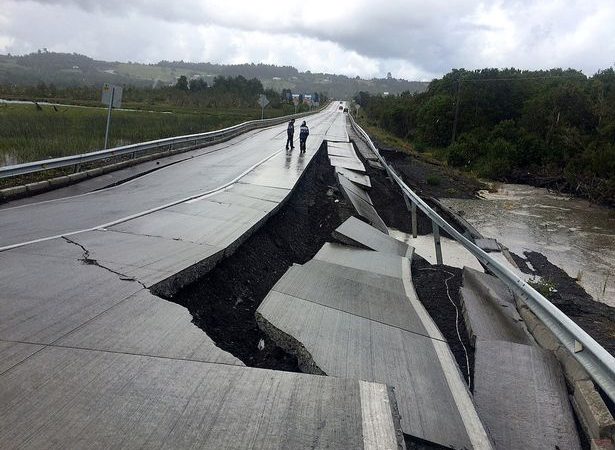 It’s been theorized that cosmic rays, solar flares can cause earthquakes. Earth was supposed to be hit today (Christmas day) by a large flare, is it possible this had something to do with this large quake in Chile?

Some areas were evacuated due to fears of a tsunami, but the warning was called off 90 minutes later.

An earthquake with a preliminary magnitude of 7.7 struck 225 kilometres southwest of Puerto Montt in southern Chile on Sunday, the United States Geological Survey said.

A tsunami warning was initially issued for areas within 1,000 kilometres of the epicentre of the quake, the U.S.-based Pacific Tsunami Warning Center said. The Chilean navy also issued a tsunami warning. But the warning was cancelled about 90 minutes later.

The quake’s depth was about 15 kilometres.

According to media reports, the quake was felt in the southwest Argentine city of Bariloche.

Chile has a long history of deadly quakes, including an 8.8 magnitude quake in 2010 off the south-central coast, which also triggered a tsunami that devastated coastal towns and killed more than 500 people.

With files from The Associated Press