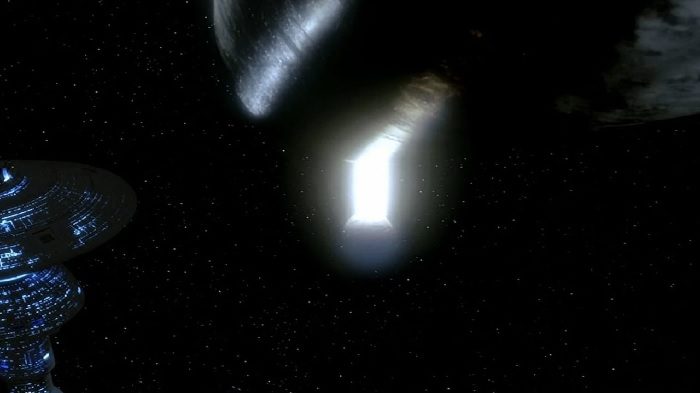 “Team at University of St Andrews says Earth needs to work on communicating with extraterrestrials as first contact could happen any day.”

Aliens could get in touch tomorrow and we must know what to say to them, scientists have warned, as they launched a new research hub to prepare humanity for first contact.

The University of St Andrews has joined forces with the UK SETI (Search for Extraterrestrial Intelligence) Research Network to establish protocols and procedures if aliens are found.

The team warn that although there are measures in place for dealing with threats posed by asteroid impacts, there is no agreed response if a radio signal were picked up from another intelligent lifeform.

The Seti Post-Detection Hub will bring together experts from around the world to decide how to decipher methods, enact space law and anticipate societal impacts.

Dr John Elliott, honorary research fellow in the School of Computer Science at St Andrews and coordinator of the Hub, said: “Will we ever get a message from ET? We don’t know. We also don’t know when this is going to happen.

“We need to coordinate our expert knowledge not only for assessing the evidence but also for considering the human social response, as our understanding progresses and what we know and what we don’t know is communicated. And the time to do this is now.”

Truth is out there

The potential for problems in communicating with alien life was explored in the fourth instalment of the Star Trek film franchise, The Voyage Home.

In depicts an alien probe sending out a message that inadvertently plays havoc with human technology with the crisis only resolved when Kirk and his crew realise it is trying to communicate with the planet’s whales.

Many scientists now think that intelligent life elsewhere in the universe is a real possibility, and Nasa recently launched an eight-month inquiry to investigate hundreds of unexplained UFO sightings.

The investigation into “unidentified aerial phenomena” is being led by Dr Thomas Zurbuchen, of Nasa’s Science Mission Directorate, and is due to report back next summer.

Last year, the Pentagon’s Unidentified Aerial Phenomena Task Force released a report into 144 UFO incidents between 2004 and 2021, many of which were spotted by military pilots.

Although investigators concluded that there was no evidence the objects had come from outer space, or a foreign adversary, they said that most could not be explained.

Currently, the only existing agreed “contact” protocols for encountering alien life were drawn up by the SETI community itself in 1989, and have not been revised since 2010. But they focus entirely on scientific conduct.

The Royal Society held a Scientific Discussion Meeting on “The detection of extra-terrestrial life and the consequences for science and society” in 2010 but there has been no global agreement on how to handle contact.

Learning how to decipher an alien language or method of communication is likely to be one of the major hurdles that experts will need to consider.

In a recent BBC documentary First Contact: An Alien Encounter, scientists admitted it may never be possible to understand what aliens are trying to tell us.

Dr Alexander Rehding, professor of music at Harvard University, said humans had still not learned how to translate animal communication.

“Whales are a really good study, and they are in some ways the closest thing that we have to aliens here on Earth,” he said.

“It is a form of vocalising but we don’t really know what it’s for. Is it music, is it a language? What does it mean? It can give us a sense of how difficult the task at hand is.”

Dr Elliott admitted that deciphering an alien language would be tricky without some kind of extraterrestrial Rosetta Stone.

“Nevertheless, much can be gleaned, without this. Language for intelligent species has a structured system that is multi-layered and has internal structure,” he said.

“By identifying any patterns within the signal and calculating how these patterns interact, we will then be able to know if it passes this initial surface structure test for displaying evidence of being language-like.

“If so, we will then be able to move on to identifying internal structures displayed by all known intelligent species. Once this is done, we can then move onto deeper levels of ‘syntax’ to ultimately where it ‘meets’ semantics.”

William Borucki, a former Nasa space scientist, added: “When I look at how Hollywood portrays contact, one of the things that I think is unreal, is that people that can readily communicate and have similar ambitions, similar responses.

“But when I think about intelligent life, and the variety of it on Earth, we’ve got dogs, we’ve got apes, we’ve got octopi that have their intelligence in their arms, not in their head.

“We can’t talk to most of the creatures on Earth in an intelligent way. How are we going to talk to intelligent civilisations? I’m not sure we’ll ever understand.”