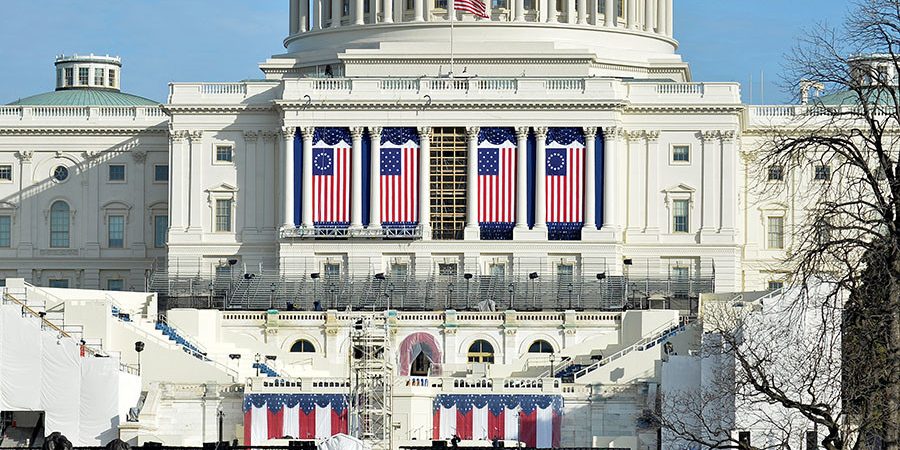 Protests and Controversies Make Trump’s Inauguration One of a Kind

Trump has the lowest approval rating (40 percent) of any incoming president, with 54 percent of Americans viewing him unfavorably, according to the latest polls, which Trump has called “rigged.”

As President-elect Donald Trump prepares to be sworn into office, his inauguration festivities could be marred by scandals and protests. It’s just one more way that Trump’s election is a break from the past.

Scandals and protests aren’t normal at presidential inaugurations. In fact, only two presidents – Richard Nixon and George W. Bush – have given the US its four most protested swearing-in ceremonies, inauguration expert Jim Bendat told Mic. The biggest scandal for President Barack Obama’s ceremonies was that musicians performed to tape due to frigid weather, according to the New York Times.

At least 58 House Democrats, representing nearly a quarter of the party’s seats in the lower chamber, do not plan to attend the inauguration. Representative John Lewis (D-Georgia) summed up the reasoning when he told NBC News: “I don’t see this president-elect as a legitimate president” because “I think the Russians participated in helping this man get elected and they helped destroy the candidacy of Hillary Clinton.”

This comment led Trump to lash out at the legendary civil rights activist, which caused even more Democrats to announce they would boycott the ceremony. Former President Bill Clinton and 2016 Democratic nominee Hillary Clinton will attend the inauguration, though.

Not only are Democrats bailing on the ceremony, but A-list stars from Hollywood, Nashville and everywhere in between have refused to participate in the inaugural festivities. Some, like superstar Justin Timberlake, turned down the event flat-out. Others, like country legend Garth Brooks, took some time to think about before saying no. Even Trump’s own friends, such as opera icon Andrea Bocelli, bowed out after taking heat from fans. Invitations to perform caused rifts among the members of the Radio City Rockettes and the Mormon Tabernacle Choir. The only big-name stars who have said yes are country’s Toby Keith and Southern rock’s 3 Doors Down.

Pray-to-play?
One person Trump didn’t have trouble getting for his inauguration is scandal-plagued televangelist Paula White, who was investigated by the US Senate in 2007 for her fundraising practices, according to the Daily Beast, which described her ministry as “the church version of Trump University.”

There are so many unclaimed, free tickets still available for the inauguration that the Trump team has taken out sponsored, targeted ads on social media asking people to attend. Trump has the lowest approval rating (40 percent) of any incoming president, with 54 percent of Americans viewing him unfavorably, according to the latest polls, which Trump has called “rigged.” (BR assistant editor’s comment: of course he says it’s rigged, once it’s not in his favor it’s “rigged”, what a juvenile crybaby Trump is!)

‘Sold out’
At the same time, however, Trump has bragged that “people are pouring into Washington in record number,” and his spokesman Sean Spicer said that hotels are “sold out for miles.” While not completely sold out in the District, rooms are going for higher-than-average rates, according to Time, much of the increase in hotel bookings is due to the protests, not the inauguration, industry insiders have said. About a million fewer people are expected to attend the swearing-in than in 2009.

Trump also said: “All the dress shops are sold out in Washington. It’s hard to find a great dress for this inauguration.” There are plenty of ball gowns to be found in DC, Vanity Fair reported. (BR assistant editor’s comment: Trump lying, WHAT? NO WAY!!!)

People are pouring into Washington in record numbers. Bikers for Trump are on their way. It will be a great Thursday, Friday and Saturday!

Days of protests
The National Park Service has credentialed at least 28 protest groups on the National Mall, and is expecting more than 350,000 demonstrators, Politico reported, citing an internal agency spreadsheet. A typical inauguration sees only five or six such requests.

Along with Saturday’s women’s march ‒ which was set up in the hours after Trump was elected and expects at least 200,000 people ‒ there are also expected to be other demonstrations against the incoming president and his administration. This includes a gay dance fest outside Vice President-elect Mike Pence’s temporary home; posters depicting marginalized people such as Native Americans, black people, women and Muslims by the artist who made the iconic Obama HOPE image; and a smoke-out of 4,200 free marijuana joints near the National Mall.

Twitter-fied inauguration speech?
Trump wrote his own speech, he tweeted. Most incoming presidents have a team of speechwriters who prepare the remarks. The speech is expected to be less than 20 minutes long, Trump spokesman Sean Spicer said. The average inaugural address is about 2,350 words, or about half an hour long, according to the American Presidency Project at the University of California, Santa Barbara.

Less pomp & circumstance
There will only be three balls hosted by the Inauguration Committee, down from the typical eight to 10, because Trump doesn’t particularly enjoy schmoozing and small talk, Politico reported. The post-swearing-in parade will be smaller and shorter than usual, topping out at 90 minutes instead of three or four hours. Not all states will have representation, according to the Boston Globe. However, there will be a higher percentage of law enforcement groups walking the route, and participants will be largely Caucasian, much like Trump’s voters.

Also missing from the parade will be Charlie Brotman, 89, who announced the previous 11 inaugural marches. Instead, Trump offered the job with Steve Ray, a freelance announcer who volunteered on the presidential campaign, WJLA reported.

Presidency isn’t 24/7?
Most people think of the presidency as being a 24/7 job with little down time, but Trump isn’t one of them. Although he will be sworn in on Friday, that won’t be his first day in office: “My day one is gonna be Monday because I don’t want to be signing and get it mixed up with lots of celebration,” Trump told the Times of London.

A reminder to read @realDonaldTrump's first UK interview since the election, only at https://t.co/MKfbmR0xJu from 10pm pic.twitter.com/Hr2SlaxTVz

Pay-to-play
Opening Day Foundation, a nonprofit led by Trump’s sons, was reported to be asking for million-dollar donations to “conservation” charities in exchange for access to the incoming president during the inauguration weekend, according to an investigation by the Center for Public Integrity. Eric Trump and Donald Trump Jr. were removed as the foundation’s directors after information about the nonprofit was made public by TMZ and CPI, CNN Money reported. (BR assistant editor’s comment: Shady business from someone who was shady all his life? NAH!! it’s “rigged”.)

(National) security slip-up
The commanding general of the DC National Guard will “retire” from his post effective January 20 at 12:01pm local time ‒ as soon as the United States’ new commander-in-chief takes office, and while he is overseeing nearly 8,000 troops supporting the inauguration. It is typical for political appointees, like the DC Guard commanding general, to tender their resignations ahead of the inauguration, regardless of incumbency.

Major General Errol R. Schwartz tendered his resignation in December, as he had done for the previous two inaugurations, but the Trump transition team didn’t reach out to him to ask him to remain in his post for a few more days until after his removal became national news because of the negative attention, he told the Washington Post.

‘Scandal’ of no Pope
Of course, the biggest scandal of all, at least for fans of the hit ABC show ‘Scandal,’ is that the DC-based show’s season premiere has been pushed back thanks to a ‘20/20’ special on the inauguration. Talk about meta.