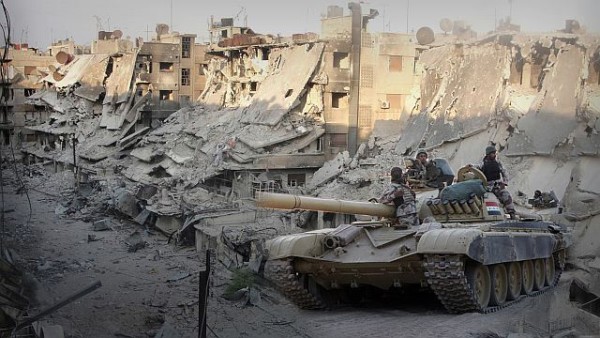 Putin Warns, Invasion of Syria Will Lead to Nuclear War

Sources stated that President Putin revealed that any invasion of Syria certainly has a possibility to start a devastating nuclear war.

A source close to Russian President Vladimir Putin told me that the Russians have warned Turkish President Recep Tayyip Erdogan that Moscow is prepared to use tactical nuclear weapons if necessary to save their troops in the face of a Turkish-Saudi onslaught. Since Turkey is a member of NATO, any such conflict could quickly escalate into a full-scale nuclear confrontation.

Washington’s Blog asked one of America’s top experts on Russia – Stephen Cohen, professor emeritus of Russian studies and politics at New York University and Princeton University, and the author of a number of books on Russia and the Soviet Union – what he thought of Parry’s claim.

Pavel Felgenhauer – a leading Russian military analyst – also believes that a nuclear war is “very likely” to arise from Russia’s skirmishes with Turkey in Syria.

American security expert Bruce Blair – a former nuclear-missile launch officer – notes that Turkey’s downing of the Russian warplane at the Syrian-Turkish border “fits a pattern of brinkmanship and inadvertence that is raising tensions and distrust between Russia and US-led NATO,” and that “this escalation could morph by design or inadvertence into a nuclear threat.”

Blair writes that the threat of nuclear war is higher now that during the Soviet era:

Russia has shortened the launch time from what it was during the Cold War. Today, top military command posts in the Moscow area can bypass the entire human chain of command and directly fire by remote control rockets in silos and on trucks as far away as Siberia in only 20 seconds.

Russia expert Stephen Cohen agrees that the risks of nuclear war are much higher than people know, telling the Commonwealth Club last year that the threat of nuclear war with Russia is now greater than it was with the Soviets.