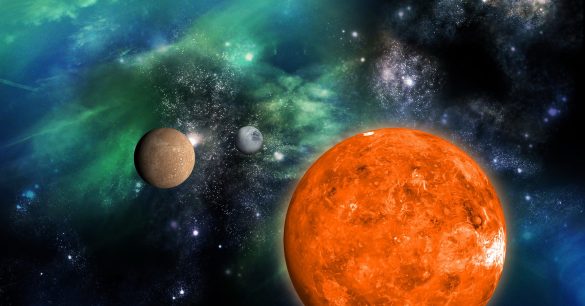 Quake Mystic Warns of Major Earthquakes Due to Planetary Alignments

Sorry we’re a little late with this story … especially if the ground is currently shaking under your feet. A self-described “earthquake mystic,” who claims he has successfully predicted major quakes based on planetary alignments, issued a YouTube video on February 19th (five days ago as of this writing) warning that a Mars-Venus-Jupiter-Uranus line-up will cause big tremors in the Philippines, Chile, Peru, Indonesia, and the United States from February 24th to March 8th. Could this have anything to do with the recent oarfish beachings in the Philippines? Should we cancel Mardi Gras? 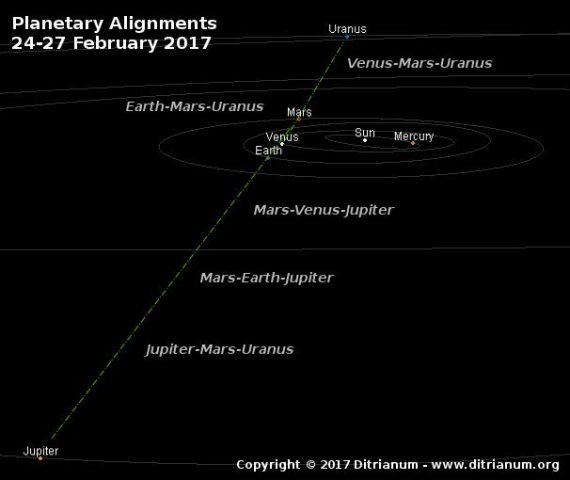 While the possibility of increased seismic activity continues, with the potential of an 8+ magnitude earthquake between the 24th and 27th according to the Earth Harmonics involved, a New Moon and Solar Eclipse on the 26th at 14:31 UTC may initially prevent seismic activity to go over low 7 magnitude.

The prediction for a possible magnitude 8 quake comes from Frank Hoogerbeets, a resident of the Netherlands and president of Ditrianum, an organization “promoting the research of geometric patterns and numbers in Nature.” Hoogerbeets founded Ditrianum – which is a mash of “Divine Triangle Numeration” – in 2002, with the goal of promoting his ideas about the strong connection between nature and geometry.

Everything is fundamentally vibration. Celestial bodies vibrate and transmit electromagnetic waves. These waves are being amplified when planets align, affecting the material world on an atomic level.

On his fundraising site, Hoogerbeets – who is not a scientist but says he developed his theory in the 90s after visiting Glastonbury, Avebury, Stonehenge and Finthorn – describes how he studied earthquakes and the solar system and found a correlation between planetary alignments and seismic activity. He claims that the line-up results in “amplified planetary resonances” and causes most earthquakes. As proof, he claims he predicted on April 20, 2015, that a major quake would occur in the next seven days and, on April 25th, the devastating 7.8 magnitude earthquake hit Nepal.

OK, that’s one. Since then, Hoogerbeets has a far from perfect prediction record. He forecast a major quake in California in May 2015 that never happened. He predicted a magnitude 8 earthquake November or December 2015 that would “change the world forever” – we’re still here. Perhaps these are due to the fact that Hoogerbeets says he supplements his planetary alignment research with messages from spirits, occurrences of crop circles and key Earth dates.

Should we listen to Hoogerbeets, stick with the oarfish or stop worrying and start the Mardi Gras partying? Let astronomer Phil Plait help you decide:

There is simply no way an alignment of planets can cause an earthquake on Earth. It’s literally impossible. Alignments of the planets have no effect on us at all.

Hoogerbeets is sticking to his prediction.

Whenever the three objects in our solar system lined up there was a significant earthquake anytime from the day before to one or two days afterwards.

One question, Mr. Hoogerbeets. The paths of the planets are well-documented and easy to model. Why do you make your predictions just days before the quakes are to occur?

Asking for a friend looking forward to catching some beads next week at Mardi Gras. 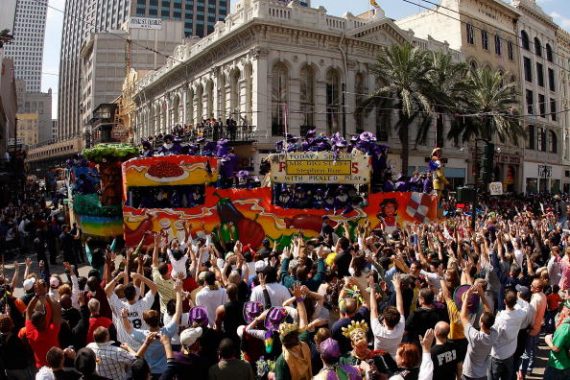