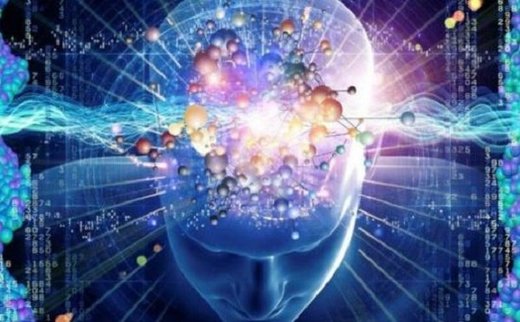 One of the key mysteries in the realm of quantum physics is the role of the observer, or more precisely, consciousness. As Nobel laureate Eugene Wigner once explained, when this relatively new branch of physics came into being, it was found that “it was not possible to formulate the laws of quantum mechanics in a fully consistent way without reference to the consciousness.”

Very few physicists, however, give this mystery much thought (at least publicly). Bruce Rosenbaum and Fred Kuttner, in their book The Quantum Enigma, note that many of their colleagues “are under the impression that it has been resolved by one or another of the ‘interpretations’ of quantum theory.” Even though, they point out, “most developers of those interpretations…still see a mystery.”

In a recent talk at the ‘Science of Consciousness’ conference in Tucson, Arizona, parapsychologist Dean Radin noted that when it comes to the (quantum physics) ‘measurement problem’, “everyone offers theories about consciousness, but nobody does anything about it.” So Radin and his team decided to see if they could find experimental evidence of consciousness influencing quantum effects.

Radin’s project was a fairly simple, though left-field, extension of the well-known double-slit experiment:

The only new element in this experiment, is that we asked people – in this case, a meditator – to keep the double-slit in mind, and to imagine in their minds eye, that they could see which of the two slits the photon went through. This is, as far as we could tell, the only way of directly testing whether consciousness is collapsing the wave function.

In the experiment, 137 test subjects – consisting of both experienced meditators and non-meditators – took part in sessions lasting 20 minutes each, made up of alternating sets of 30 seconds of observation with roughly 30 seconds of rest (the ‘roughly’ was intentional, to avoid any artifacts on strict 30 second cycles of repetition). And, after analysing the data from this pilot study of 250 sessions with 137 people – Radin and his team found a significant effect size…and especially so with the meditators in the group.

Encouraged by these results, the researchers ran a number of further experiments, including an internet-based version which ran for 3 years, with over 5000 sessions completed by human subjects, and over 7000 done by a ‘Linux’ robot as a control. Again, they found a substantial effect.

No independent replications have yet been carried out to their conclusion, although Radin did note in his talk that shortly before his presentation he had been contacted by a physicist at the University of Sao Paulo who is currently carrying out an independent replication, who explained that the results so far have led to “an intense mixture of feelings… I’m oscillating between OH MY GOD and wait, something must be wrong.”

For those interested in listening to Dean Radin’s complete talk on these ‘quantum consciousness’ experiments, I’ve embedded it below.

For another look at the 2016 ‘Science of Consciousness’ conference, take a read of this four-part article by attendee (and speaker), science journalist John Horgan. Note: Horgan comes at nearly all topics from a skeptical viewpoint, including skepticism itelf (his critique of organised skepticism recently got plenty of attention), so much of the article feels rather negative in tone – and his mention of Dean Radin’s presentation is no different. Unfairly so, in my opinion: making statements such as “[Radin] is like a caricature of an old-fashioned scientist, an image no doubt cultivated to boost his credibility” is an accusation that I find difficult to square with my own interactions with Dean, and a rather crude way to write off what is, I think, an interesting presentation of some fascinating research.