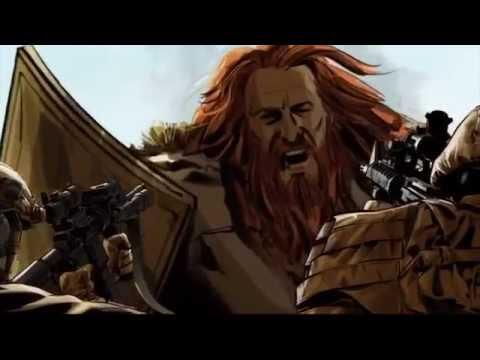 Ancient flying machines, alien beings, and giants. These are some of the things reported in the media by supposed American soldiers in the Afghanistan campaign. These stories tell of finds that are extraordinary and chilling.

THE HEIGHT WAS 12-15FT The first legend being told is that the soldiers cornered something in a cave, a being that was at least 12-15 feet tall and cannibalistic. It came to be known as the Khandajar Giant. This giant was described as having a red beard and scarlet red hair. A supposed witness of the event said that one soldier was skewered by the giant while they laid down fire. According to this soldier, the government did not divulge this encounter and he believed that it was because giants do not fit into the way we explain our world. Steve Quayle and Gen6 Productions made a mini-doc about this event, interviewing a soldier who was on the team that encountered the Giant. Although he remained anonymous, he said the giant took about 30 seconds to kill by gunfire to the head and face area. The height was 12-15ft. Tall and the weight estimated to be 1,100 pounds by the transport team who flew him on the C-130 back to the United States, presumably for research.

Also, it is said the Giant had a terrible musky smell to it. “Like a man who hadn’t showered in 10 years,” says the pilot. “He also wore canvas or wrapped skin around his feet as a sort of mocassin type shoe.

note:if you would want to skip the commentary/video intro you can start watching around the 3:15 mark