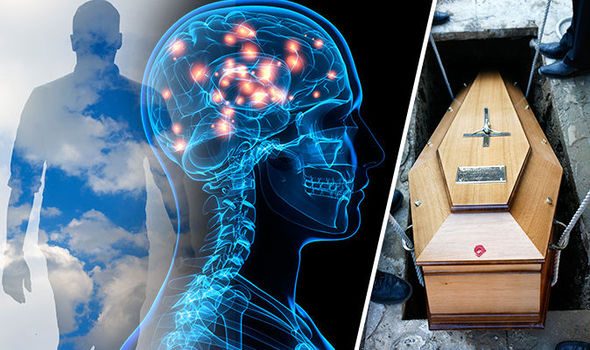 REINCARNATION is possible as consciousness is simply energy which is contained in our bodies and is released after death and can find a new host, according to an astonishing theory.

The psychiatrist from the University of Virginia says that reincarnation is possible thanks to consciousness being energy on a quantum, sub atomic level which is simply contained in our bodies, and not a part of them.

Exactly what consciousness remains a mystery to scientists, with researchers struggling to pin down exactly what it is.

Scientists are still unsure as to what exactly consciousness is

According to some well-respected scientists, quantum mechanics allows consciousness to live on following the body’s eventual demise.

Dr Robert Lanza coined the phrase ‘biocentrism’ which is a theory that the consciousness is released into the universe through sub-atomic particles after death.

Dr Tucker has adapted this theory, and says that this stream of energy can find a new host.

Speaking to NPR, he said: “Some leading scientists in the past, like Max Planck, who’s the father of quantum theory, said that he viewed consciousness as fundamental and that matter was derived from it.

“So in that case, it would mean that consciousness would not necessarily be dependent on a physical brain in order to survive, and could continue after the physical brain and after the body dies.

“In these cases, it seems – at least, on the face of it – that a consciousness has then become attached to a new brain, and has shown up as past life memories.”

Consciousness can find a new host after death

One of the people he interviewed was a young boy named James Leninger who was “the son of a Christian couple in Louisiana”.

The young boy, who was two years old at the time, was obsessed with his toy planes, and eventually started having nightmares where he was in a plane crash.

Dr Tucker continued: “During the day, he talked about this plane crash and said that he had been a pilot, and that he had flown off of a boat.

Some scientists state that consciousness remains in the universe after death

“Well, it turns out that there was an aircraft carrier called the USS Natoma Bay that was stationed in the Pacific during World War II. In fact, it was involved in Iwo Jima.

“And it lost one pilot there, a young man named James Huston. James Huston’s plane crashed exactly the way that James Leininger had described – hit in the engine, exploding into fire, crashing into the water and quickly sinking.”

Dr Tucker added: “Like with most of these cases, it faded away by the time he was 5 or 6 or 7, which is typical. But it was certainly there, quite strong, for some time.”