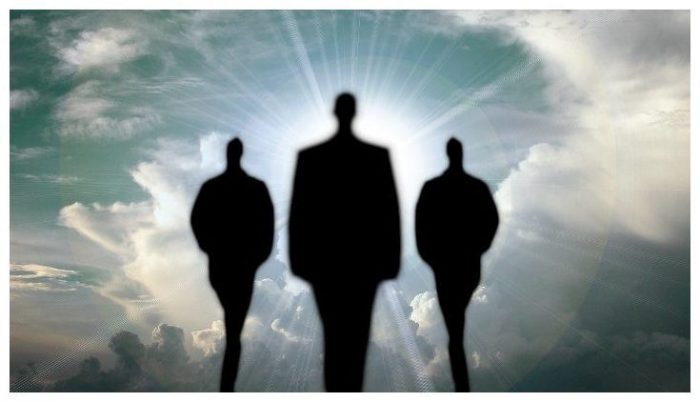 Theories of consciousness range from the purely scientific – that personal consciousness, as we know it, is a mechanism of unique neural connections molded by genetics and experience – to the spiritual, which argue the existence of a non-corporeal component to life: the soul. Still other thinkers – like Roger Penrose – theorize that consciousness and human creativity may require a new science altogether; that, as Penrose and Hameroff (2014) put it, “consciousness results from discrete physical events; such events have always existed in the universe as non-cognitive, proto-conscious events, these acting as part of precise physical laws not yet fully understood.”

For the layperson, however, theories raise more questions than they answer, offering little comfort in confronting the essential human questions of “what makes me me?” and, more poignantly, “what happens to to me when I die?” The latter question is arguably the real question of consciousness, as it comes as a result of recognizing the presence of one’s own subjective cognition/individual consciousness and the realization that said consciousness erodes and eventually ceases with the end of physical life… or seems to. It’s an existential black mirror; the dark side of Descartes’ “I think, therefore I am.” Without a cohesive understanding of or agreement on the mechanics and laws of consciousness, that question can’t be answered. It cannot even be presumed to have an answer awaiting after death, for if death is the absolute negation of consciousness – if you cease to be when you cease to think – then there is no “finding out” after we die: there’s just the vacuum of not-being, a state of statelessness.

In the midst of these theories, however, are those that believe in a kind of recycling of consciousness: that individual selves may be reincarnated in new bodies, sometimes retaining scraps of memory – and even physical features – from the lives they lived before. One of the most prominent proponents of that theory was Dr. Ian Stevenson, a psychiatrist who worked for five decades at the University of Virginia’s School of Medicine, where he founded the Division of Perceptual Studies, which studies “phenomena related to consciousness clearly functioning beyond the confines of the physical body, as well as phenomena that are directly suggestive of post-mortem survival of consciousness.” Beginning in 1960, Stevenson traveled the world investigating thousands cases of reincarnation, documenting his findings and eventually writing several books on the subject, including his groundbreaking work Twenty Cases Suggestive of Reincarnation and the massive, two-volume Reincarnation and Biology: A Contribution to the Etiology of Birthmarks and Birth Defects. The book documents 200 different cases of children – often from very remote areas of the world – who had memories and birthmarks that corresponded with those of deceased people whose lives they claimed to have lived before. Some, who claimed to have died violently, had birthmarks or physical defects where the deceased had suffered a mortal injury, while others suffered from phobias relating to their past death.

In his book, Children Who Remember Previous Lives: A Question of Reincarnation, Stevenson observed that:

“The most frequently occurring event or common denominator relating to rebirth is probably that of a child remembering a past life. Children usually begin to talk about their memories between the ages of two and four. Such infantile memories gradually dwindle when the child is between four and seven years old. There are of course always some exceptions, such as a child continuing to remember its previous life but not speaking about it for various reasons.

Most of the children talk about their previous identity with great intensity and feeling. Often they cannot decide for themselves which world is real and which one is not. They often experience a kind of double existence where at times one life is more prominent, and at times the other life takes over. This is why they usually speak of their past life in the present tense saying things like, ‘I have a husband and two children who live in Jaipur.’ Almost all of them are able to tell us about the events leading up to their death.”

Most of these cases were documented in Asian countries with large religious – Hindu, Buddhist – populations that believed in reincarnation. Culturally speaking, however, reincarnation is not an entirely Eastern belief. The ancient Greeks, for example, believed in a river called Lethe that the dead were required to drink from in order to wipe their memories clean before being reincarnated. Stevenson, of course, was keenly aware of this and other traditions. When asked by OMNI magazine why Westerners often reject the idea of reincarnation, Stevenson noted that “some southern European Christians believed in reincarnation until the Council of Nice banned such beliefs in 553 A.D. In The Republic, Plato described souls about to be reborn as choosing their future lives. Schopenhauer took it seriously, and Voltaire’s observation that it is no more surprising to be born twice than once is well-known.”

The major critics – including psychologist Terence Hines – of Stevenson’s work invoked Occam’s Razor, asserting that the majority of the cases could have simpler, non-paranormal explanations. Because these children often claimed to be the reincarnations of relatives, they would likely have some knowledge of the deceased they were claiming to be. It could also be that the children were just acting out fantasies, which were inadvertently encouraged by Stevenson, creating what amount to a confirmation bias/validation loop. The physical evidence could be explained as coincidence or in some cases even intentional scarring or making by the parents. In the face of these plausibilities, Stevenson himself urged caution in being too quick to jump to conclusions. “Essentially I say that the idea of reincarnation permits but doesn’t compel belief,” Stevenson told OMNI, “All the cases I’ve investigated so far have shortcomings. Even taken together, they do not offer anything like proof.”

The burden of proof aside, Stevenson’s documentation does provide an answer to the question posed by mortality.

“I wouldn’t claim to be free of the fear of death, but it is probably less in me than other people,” Stevenson said. “These children sometimes provide reassurances to adults. We’ve had two or three incidents of children going to, let’s say, a woman who has lost her husband and is inconsolable and saying, ‘You shouldn’t be crying. Death isn’t the end. Look at me. I died and I’m here again.'”

For some, that may be enough.