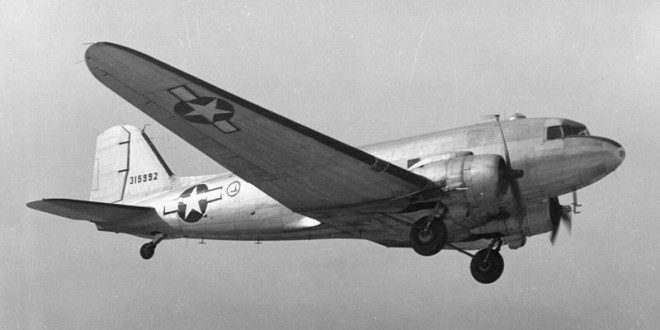 An old type of aircraft commonly used during Word War II has been sighted numerous times over Derbyshire.

Reports of the so-called ‘ghost plane’ have been reported over the county for years with witnesses often describing an aircraft similar to the Douglas C-47 Dakota – a military transport aircraft used extensively by the Allies during the Second World War.

“I have never seen anything like it,” she said. “It looked like it wasn’t running quite right and was going to run into us. It was sideways on and then it vanished – it was very strange.”

Another witness, Pam Orridge, also saw something strange a few years ago.

“My son and I were driving along the A6 towards Rowsley from Darley Dale,” she said. “We had just passed Church Road on our left and well before Arconic Forgings and Extrusion also on the left.”

“Suddenly in front of us was an aircraft flying very low towards us. So low we thought it would crash into us but then it banked sideways and disappeared. We could not identify the aircraft other than it was old because it happened so quickly and left us quite shocked.”

Intriguingly, there have been over 50 plane crashes in a nearby area of the Peak District known as ‘Dark Peak’ and some of these have managed to evade explanation even to this day.

The region is so notorious in fact that it has even come to be known as Britain’s Bermuda Triangle.