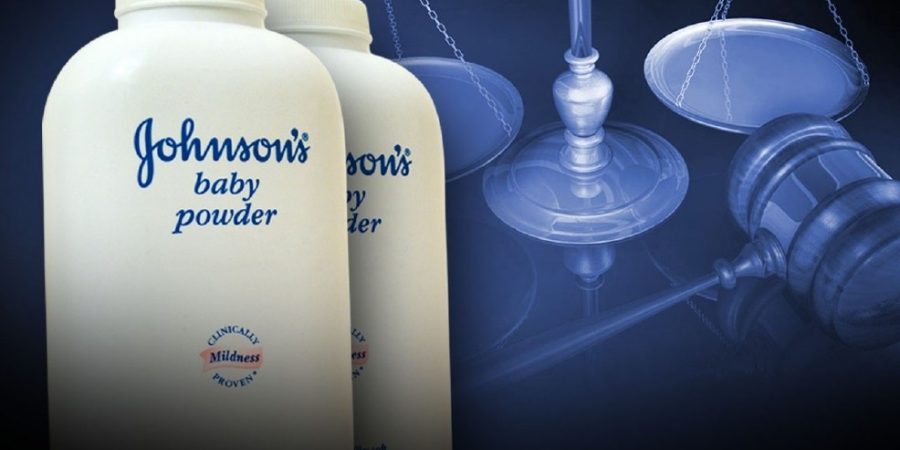 Two lawsuits ended in jury verdicts worth $127 million. Two others were tossed out by a judge who said there wasn’t reliable evidence that the talc in Johnson & Johnson’s iconic baby powder causes ovarian cancer. So who’s right? And is baby powder safe?

Most research finds no link or a weak one between ovarian cancer and using baby powder for feminine hygiene, a practice generations of American mothers have passed on to their daughters. Most major health groups have declared talc harmless. Johnson & Johnson, whose baby powder dominates the market, says it’s perfectly safe.

Yet some 2,000 women have sued, and lawyers are reviewing thousands of other potential cases, most generated by ads touting the two big verdicts. Meanwhile, another trial begins this week.

A look at the issue:

WHAT IS TALC?
Talc is a mineral mined from deposits around the world, including the U.S. The softest of minerals, it’s crushed into a white powder. It’s been widely used in cosmetics and other personal care products to absorb moisture since at least 1894, when Johnson & Johnson’s Baby Powder was launched. But it’s mainly used in a variety of other products, including paint and plastics.

DOES IT CAUSE OVARIAN CANCER?
Like many questions in science, there’s no definitive answer. Finding the cause of cancer is difficult. It would be unethical to do the best kind of study, asking a group of people to use talcum powder and wait to see if it causes cancer, while comparing them to a group who didn’t use it.

While ovarian cancer is often fatal, it’s relatively rare. It accounts for only about 22,000 of the 1.7 million new cases of cancer expected to be diagnosed in the United States this year.

Factors that are known to increase a women’s risk of ovarian cancer include age, obesity, use of estrogen therapy after menopause, not having any children, certain genetic mutations and personal or family history of breast or ovarian cancer.

WHAT RESEARCH CAN BE DONE
Two other kinds of research are possible. Neither of them, though, can conclusively prove something causes cancer. One looks back in time, after an illness has occurred. It compares two groups of people, one with the illness, one without, and asks about past exposures that might be factors. But people have trouble remembering details years later.

The second approach follows a large group of people. It assesses their health at the start and follows them for years, recording any illnesses while tracking possible influences such as diet and use of medication, alcohol or other substances. Scientists generally find these “prospective” studies most reliable.

WHAT RESEARCH SHOWS
The biggest prospective studies have found no link between talcum powder applied to the genitals and ovarian cancer. But about two dozen smaller, look-back studies over three decades have mostly found a modest connection — a 20 to 40 percent increased risk among talc users.

However, that doesn’t mean talc causes cancer. Several factors make that unlikely and there’s no proof talc, which doesn’t interact with chemicals or cells, can travel up the reproductive tract, enter the ovaries and then trigger cancer.

WHAT EXPERTS SAY
If there were a true link, Dr. Hal C. Lawrence III says large studies that tracked women’s health for years would have verified results of the smaller look-back ones.

“Lord knows, with the amount of powder that’s been applied to babies’ bottoms, we would’ve seen something” if talc caused cancer, said Lawrence, vice president of the American College of Obstetrics and Gynecology.

The National Cancer Institute’s Dr. Nicolas Wentzensen says the federal agency’s position is that there’s not a clear connection.

“It is very hard to establish causal relationships,” he said, adding, “A lot of ovarian cancers occur in women who have never used talc, and many women have used talc and not gotten ovarian cancer.”

Research director Elizabeth Ward of the American Cancer Society says it is unusual to have so much discrepancy between studies. “The risk for any individual woman, if there is one, is probably very small,” Ward said.

WHAT LAWYERS AND COURTS SAY
Like the studies, courts have produced mixed results.

In the first trial two years ago, a South Dakota jury found Johnson & Johnson liable for one woman’s ovarian cancer but didn’t award any damages. This year, state court juries in St. Louis awarded plaintiffs $72 million and $55 million — verdicts the company is appealing

But U.S. District Judge Nelson Johnson in Atlantic City threw out the first two of the 400 lawsuits in his court. He reviewed the research and testimony from two doctors who are the plaintiffs’ key expert witnesses and concluded the two aren’t reliable, noting they had previously written that there was no proof talc causes ovarian cancer. Other courts approved them as experts, noted the plaintiffs’ attorney, Ted Meadows of Montgomery, Alabama.

J&J attorney John Beisner says the health care giant plans to fight every lawsuit, rather than settle, “for the fundamental reason that the science on which they’re based is totally lacking.”

Most of the pending cases are in Missouri, California and New Jersey, where J&J is based.

In the case set to begin Monday in St. Louis, lawyers for Deborah Giannecchini of Modesto, California, say she was diagnosed with ovarian cancer in 2012 after years of talcum use. Her lawsuit accuses the company of “negligent conduct” in making and marketing its talc.