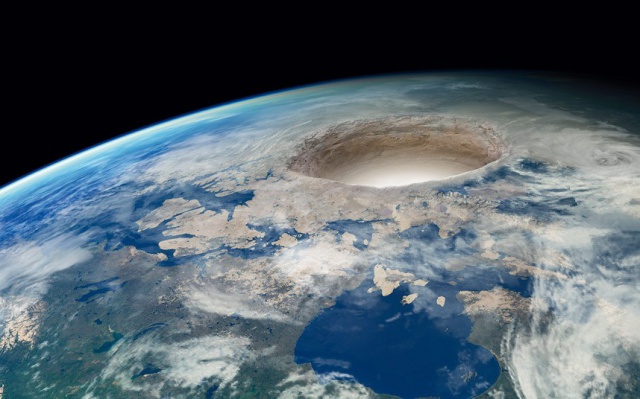 There is a theory that an ancient civilization is living in the inner center of the Earth. It is believed that this civilization lives in so-called hollow cavities which were formed naturally below the surface of the crust.

David Wilcock revealed that “What this means is that you can actually live inside caverns in the Earth that have visible light,” he marveled.

Wilcock stated that based on his research, it seems as if these cavities are utilized so that advanced civilizations have a place they can live while looking out for everything that happens on the ‘outer Earth’, the surface of the planet.

Wilcock firmly believes that during the long history of our planet, numerous advanced civilizations like the Atlanteans went underground in order to survive the chaotic times ruling over the surface of our planet. Eventually, they decided to settle down in their new subterranean habitat.

The existence of underground tunnels and passageways has been a subject of debate for centuries. Ancient civilizations around the world speak of these entrances that lead to entire new kingdoms, located far beneath the surface of the planet. Ancient mankind in Turkey seemed to have recreated these legends by building huge underground cities like Derinkuyu, or the largest ever found near Cappadocia Turkey.

Wilcock believes that the government has knowledge of their presence due to accidentally discovering them via clandestine projects aimed at building secret underground bases.

While citing testimony of contactee Corey Goode, Wilcock claimed that the tenuous relationship between the inner Earth people and those living on the surface who know of their existence has become fractured in recent times.

“This military industrial complex had formerly worked with these people and had treaties with them and is now trying to kill them,” said Wilcock

According to writings by C2C, Wilcock stated that a long sought after meeting between the two groups was finally held and Goode was allowed to observe the exchange. A stunning request was made by the interstellar entities after the meeting.

“The Inner Earth people came out of it quite shell-shocked,” Wilcock said, “they have been asked to reveal themselves to us as part of disclosure, should the subterranean societies comply with the request, he mused, “I think we are going to find out that underground bases are much more extensive than we thought and much more ancient.”