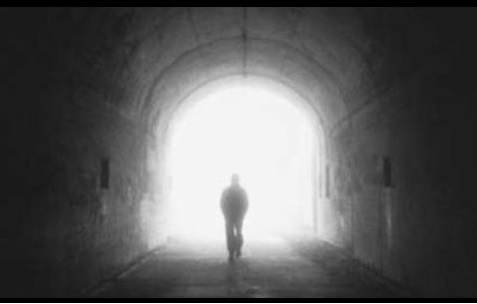 Scientists have claimed that death may not be as final as we once feared – and that humans have souls that can leave the body after their hosts kick the bucket.

It may sound like a supernatural myth, but the idea that human consciousness lives on after death has been put forward by a number of well-respected scientists.

And the British scientist at the forefront of the eerie theory claims that humans have souls which don’t die along with the body.

We many not know exactly what consciousness is, but physicist Sir Roger Penrose believes that it’s just a packet of information stored at a quantum – or sub-atomic – level.

Sensationally, he claims to have found evidence that this information, which is stored in microtubules within human cells, leaves the body after a person dies.

Sir Roger has argued that when a person dies temporarily, this quantum information is released into the universe, only to return to the body’s cells if the host is brought back to life.

He argues that this explains why people can have near-death experiences, and believes that this quantum information amounts to a soul leaving the body.

The physics expert said: “If the patient dies, it’s possible that this quantum information can exist outside the body, perhaps indefinitely, as a soul.”

And Sir Roger is not alone in believing this, since his theory is backed by researchers at the renowned Max Planck Institute for Physics in Munich.

Experts there argue that our physical universe is just a perception, and that once our bodies die there is an infinite life beyond.

Dr Hans-Peter Dürr, former head of the institute, has said: “What we consider the here and now, this world, it is actually just the material level that is comprehensible.

“The beyond is an infinite reality that is much bigger.

“The body dies but the spiritual quantum field continues. In this way, I am immortal.”

Earlier this year, another remarkable claim about the afterlife was made by a terminally-ill violinist who survived 17 near-death experiences, and claims to have been to the other side.

Paul Robertson died of heart disease on July 27, but believed he had seen death plenty of times already before he passed away.

During one near-death experience, he claimed he was blocked from entering heaven by a group of laughing angels who smelled of aftershave.

Another vision saw him bathed in the aura of an “Asiatic goddess”, whilst he claims a further supernatural encounter made him believe he was a husky dog bounding through the Arctic.