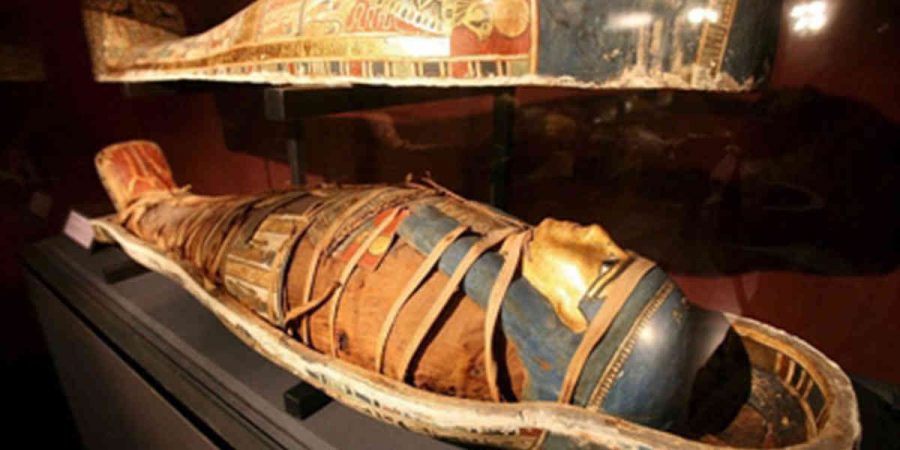 The DNA results offer important clues about Egypt’s past.

Scientists have revealed the results of a recent study in to the DNA of 151 ancient Egyptian mummies.

The remains, which were unearthed at the ancient burial site of Abusir el-Meleq along the west bank of the lower Nile River, date back from around 1400 B.C. to 400 A.D.

Acquiring genetic information from such ancient mummies however has proven so notoriously difficult over the years that some scientists had believed it to be impossible.

“The hot Egyptian climate, the high humidity levels in many tombs and some of the chemicals used in mummification techniques contribute to DNA degradation and are thought to make the long-term survival of DNA in Egyptian mummies unlikely,” said study senior author Johannes Krause.

Despite this though, the groundbreaking new study, which has proven once and for all that it really is possible to extract DNA from ancient mummies, has succeeded in opening up the door to a wealth of historical genetic data that can tell us much about the ancestry of the ancient Egyptians.

In particular, the team set out to “test if the conquest of Alexander the Great and other foreign powers had left a genetic imprint on the ancient Egyptian population.”

As it turned out, there was very little evidence to suggest that this was the case.

“The genetics of the Abusir el-Meleq community did not undergo any major shifts during the 1,300-year timespan we studied, suggesting that the population remained genetically relatively unaffected by foreign conquest and rule,” said group leader Wolfgang Haak from the Max Planck Institute.

Intriguingly, the ancient Egyptians were actually more closely related to Europeans than Africans.

“We find that ancient Egyptians are most closely related to Neolithic and Bronze Age samples in the Levant, as well as to Neolithic Anatolian and European populations,” the researchers wrote.

“When comparing this pattern with modern Egyptians, we find that the ancient Egyptians are more closely related to all modern and ancient European populations that we tested, likely due to the additional African component in the modern population.”