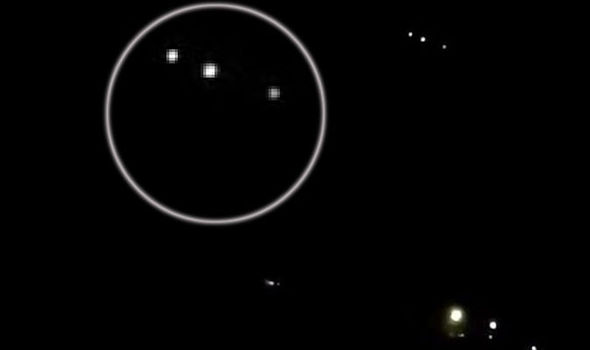 Residents of Phoenix in Arizona posted video and pictures of a mysterious object in the sky.

People saw strange-looking lights in the Queen Creek area of the East Valley on Tuesday evening.

There was also another similar sighting around 70 miles away in Globe.

The infamous Phoenix Lights incident happened on March 13 1997, when five lights were seen in a formation by thousands of people over three hours from 7.30pm to 10.30pm.

The sightings took place a cross a 300-mile area from Phoenix to Tucson.

It was blamed by officials as military flares at the time.

The new sighting has sparked memories of that incident, with flares being offered up as one possible explanation.

But many remain unconvinced.

One Twitter user Todd posted footage of the sighting, saying: “Did anybody else just see a UFO!?”

Video taken in Gilbert showed the lights appear to fade and reappear.

Tyler Reese tweeted: “I swear I just saw a UFO.” 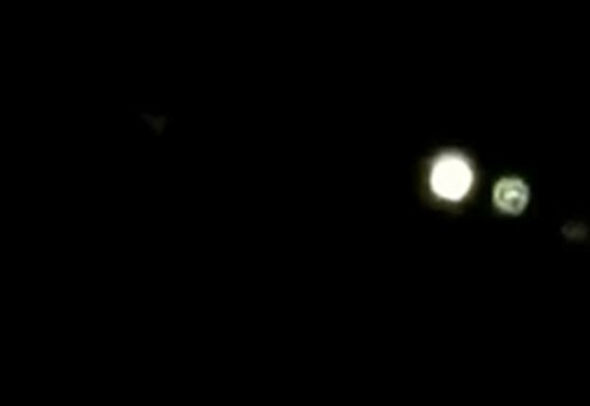 Max Elenes asked: “Anybody else just see the UFO?”

Sassan tweeted: “Just saw some weird lights in the sky in the East valley a little South of superstition mountain. Anyone know what it was? #UFO”

Another possible explanation put forward by sceptics was lights from parachuters.

However, the Phoenix Skyhawks said on local radio station KPHO there were no planned jumps that night.

One woman told 12News: “I was super surprised when I saw the lights flashing.

“I didn’t know what to do I was thinking about aliens.”

Christinna Herrmann, who filmed it, said: “I’m 41 years old. I’ve seen a lot of things in the sky. This is nothing I’ve seen before.”

Dr Sky, a TV and radio talk show and astronomer, said a UFO was an accurate description, but it could just be planes coming into land.

He said: “Anything that you, or people, saw that we call a UFO is simply accurate, solely because we were not able to identify it.

“With the air traffic patterns in the Valley, what we see are a lot of stacked aircraft that are coming into Sky Harbor.”