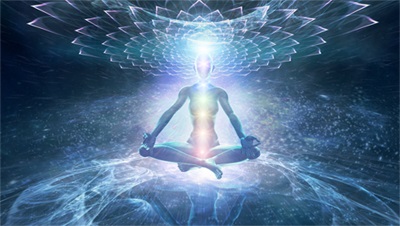 By staff writer Patrick C.
BENDEDREALITY.COM _May 2016
VIEW OTHER ARTICLES BY THIS WRITER

Leaving behind any religious connotation, this phrase does in fact accurately describe our Universe, which is based on sound, frequency, or vibration.

The Atom itself is a wave, unless something is there to observe it. Nothing ever really touches in our Universe, but is buffered at the atomic level by the electromagnetic field.

Sound was involved in the construction of Coral Castle. Edward Leedskalnin was observed by a neighbor, during the move of the Castle to its final location in Florida, singing which caused the stones to float and move.

The vibration of the human voice in combination with white and black stones, provided the polarity shift necessary for movement.

Sound is Energy produced from vibration. Sound can also produce light or Sonoluminescence.

Sound is the foundation of everything we experience and sound technologies will one day provide for all of humanities needs.

It is clear to me that ancient civilizations had a deep understanding of sound which had been documented in the symbols they created.

Cymatics (from Greek: “wave”) is the study of visible sound co vibration, a subset of modal phenomena. Typically the surface of a plate, diaphragm, or membrane is vibrated, and regions of maximum and minimum displacement are made visible in a thin coating of particles, paste, or liquid. Different patterns emerge in the excitatory medium depending on the geometry of the plate and the driving frequency.

Adinkra are visual symbols, originally created by the Akan (Akan are a meta-ethnicity group residing near the Ivory Coast in West Africa), that represent concepts or aphorisms (from Greek aphorismos) is a terse saying, expressing a general truth, principle, or astute observation, and spoken or written in a laconic and memorable form.

Crop Circle & Adinkra – “Symbol of reminder that God’s dwelling place is in the heaven, where he listens to all prayers” 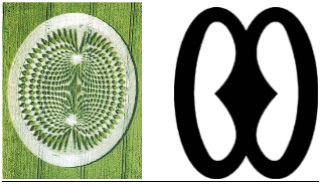 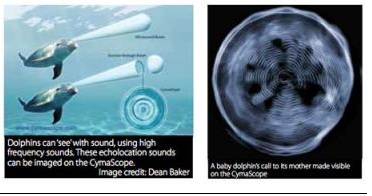 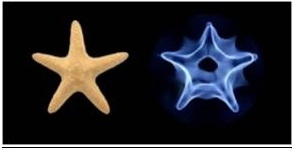 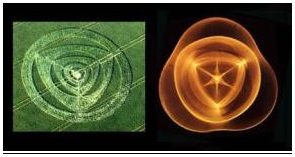