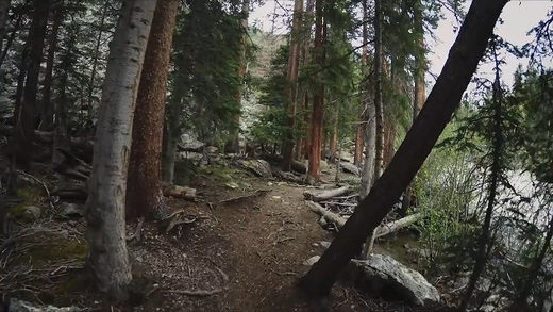 Every year, hundreds of people are reported missing in national parks and forests, many of them children.

Most of those people are eventually found, whether alive or dead, but a small percentage of cases, including some in Oregon, are never solved.

The mysteries those cases present has one man wondering if there’s a common denominator behind the disappearances that leave search and rescue crews scratching their heads.

David Paulides is forever rifling through newspaper archives and badgering federal agencies for public records. He’s discovered more than 400 cases of people who wandered into the wilderness and never came back.

“Every month in almost every state people go into the wilderness and don’t come out,” Paulides said. “There are so many missing kids in Oregon, it’s ridiculous.” (See video here)

Paulides has mapped out what appear to be more than 30 clusters of vanishings in forests and national parks across the county. He’s written 2 books documenting his findings and an upcoming movie, Missing 411.

Paulides used to be a cop and got hooked on the inexplicable, intriguing and mysterious missing persons cases after a government employee knocked on the door of his hotel near park service land and told him stories.

“The ranger described to me, if you were standing straight up and you just had your pants on and you melted directly into your pants… that’s what it looked like to him. The pants were laying on the ground in a very neat pile,” Paulides said.

That’s one of many accounts in his books that leave search crews wondering if they’ll ever find closure.

“After 7 years of research we found that they replicate themselves in these geographical clusters around the U.S.,” Paulides said. “One of those clusters being Crater Lake.”

Ten years ago, 8-year-old Samuel Boehlke darted away from his father near Cleetwood Cove at Crater Lake. He had a mild form of autism and feared loud noises and bright lights, so search crews couldn’t use the customary air horns and whistles to find him. 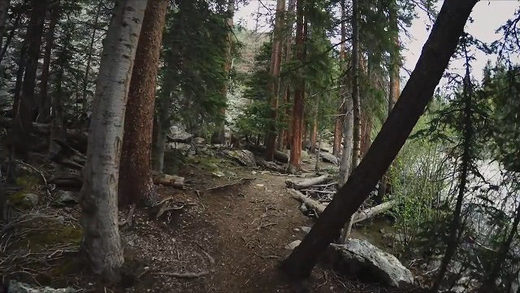 At the time, searchers told KOIN 6 News the family said Sammy liked to curl up in small spaces.

“The circumstances behind his disappearance and the subsequent inability of the park service to find him is unusual,” Paulides said. “They brought in canines, canines couldn’t pick up the scent. They brought in air support, they couldn’t find him. A multi, multi day search couldn’t locate the boy.”

Eight years before that, another 8-year-old boy, Derrick Engebretson vanished from a densely wooded mountainside above Upper Klamath Lake, not far from Crater Lake. Search and rescue crews spent more than 10,000 man hours looking for Derrick, but didn’t find a single clue.

“When Derrick was out there with his dad and his grandpa, somehow or another he just walked around, didn’t go far,” Paulides said. “There was snow on the ground. They should have been able to track him and he vanishes.”

Scott Lucas, a search and rescue coordinator with the Oregon Office of Emergency Management, said only one or 2% of the missions they launch don’t get answers. They average about 900 searches a year.

Oregon has its share of miraculous survival stories too. Cody Sheehy was just 6 years old when he wandered off deep into the Wallowa wilderness.

Search crews using 2 helicopters with forward looking infrared technology couldn’t find a trace of him in the rugged woods, dampened by snow and rain.

“In almost all these cases they bring helicopters with FLIR to look for heat signatures on the ground,” Paulides said. “They cant find a heat signature. That’s unusual.”

Despite that, the next morning, 15 hours and 20 miles away, Cody walked up to a house and asked for help.

“I was physically at the end of my rope that next morning,” Sheehy said. “And if I hadn’t been in a situation where people found me at that time, I don’t know how I would have done for another night out there. I could easily have died.”

More than 30 years before Sheehy’s harrowing experience, another astonishing story unfolded near Pendleton, where 2 1/2-year-old Keith Parkins ran and stumbled over a dozen miles of snow-covered timberland and mountains before he was found 19 hours later. He was stiff and cold, but alive.

“I mean, to me as a parent, I can’t see my 2-year-old climbing over 2 mountain ranges in the dark,” Paulides said. “That’s pretty hard to believe and there are some cases where little kids are alleged to have walked up to 20 miles a night, or climbed phenomenal heights, over 3,000 or 4,000 feet and those are facts and it’s highly hard to believe.”

“I didn’t encounter anything that was unusual,” he said. “Other than the fact that that situation was extremely unusual.”

Sheehy is alive, but the fate of others, like Derrick Engerbretson and Sammy Boehlke, are why Paulides keeps digging for answers.

At this point Paulides doesn’t offer any of his own theories for what happened.

“I don’t come up with any theories and I don’t believe in the paranormal, per se. I just stick with facts in my books, and one of the factual things that happened is we requested — through the Freedom of Information Act — a list of missing people from National Park Service,” Paulides said.

“They came back and stated that they don’t keep lists of missing people in their system,” he continued. “The National Parks police are among the best trained officers in the United States and they know the importance of keeping lists and we’ve ran this by some of the best investigative journalists in the world. Nobody believes that they don’t have a list of missing people.”