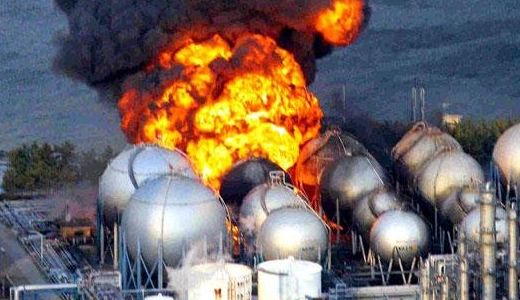 A team of risk experts who have carried out the biggest-ever analysis of nuclear accidents warn that the next disaster on the scale of Chernobyl or Fukushima may happen much sooner than the public realizes.

Researchers at the University of Sussex, in England, and ETH Zurich, in Switzerland, have analysed more than 200 nuclear accidents, and – estimating and controlling for effects of industry responses to previous disasters – provide a grim assessment of the risk of nuclear power.

Their worrying conclusion is that, while nuclear accidents have substantially decreased in frequency, this has been accomplished by the suppression of moderate-to-large events. They estimate that Fukushima- and Chernobyl-scale disasters are still more likely than not once or twice per century, and that accidents on the scale of the 1979 meltdown at Three Mile Island in the USA (a damage cost of about 10 Billion USD) are more likely than not to occur every 10-20 years.

As Dr Spencer Wheatley, the lead author, explains: “We have found that the risk level for nuclear power is extremely high.
“Although we were able to detect the positive impact of the industry responses to accidents such as Three Mile Island and Chernobyl, these did not sufficiently remove the possibility of extreme disasters such as Fukushima. To remove such a possibility would likely require enormous changes to the current fleet of reactors, which is predominantly second-generation technology.”

The studies, published in two papers in the journals Energy Research & Social Science and Risk Analysis, put fresh pressure on the nuclear industry to be more transparent with data on incidents.

“Flawed and woefully incomplete” public data from the nuclear industry is leading to an over-confident attitude to risk, the study warns. The research team points to the fact that their own independent analysis contains three times as much data as that provided publicly by the industry itself. This is probably because the International Atomic Energy Agency, which compiles the reports, has a dual role of regulating the sector and promoting it.

The research team for this new study gathered their data from reports, academic papers, press releases, public documents and newspaper articles. The result is a dataset that is unprecedented – being twice the size of the next largest independent analysis. Further, the authors emphasize that the dataset is an important resource that needs to be continually developed and shared with the public.

Professor Benjamin Sovacool of the Sussex Energy Group at the University of Sussex, who co-authored the studies, says: “Our results are sobering. They suggest that the standard methodology used by the International Atomic Energy Agency to predict accidents and incidents – particularly when focusing on consequences of extreme events – is problematic.
“The next nuclear accident may be much sooner or more severe than the public realizes.”

The team also call for a fundamental rethink of how accidents are rated, arguing that the current method (the discrete seven-point INES scale) is highly imprecise, poorly defined, and often inconsistent.

In their new analysis, the research team provides a cost in US dollars for each incident, taking into account factors such as destruction of property, the cost of emergency response, environmental remediation, evacuation, fines, and insurance claims. And for each death, they added a cost of $6 million, which is the figure used by the US government to calculate the value of a human life.

That new analysis showed that the Fukushima accident in 2011 and the Chernobyl accident in 1986 cost a combined $425 billion – five times the sum of all the other events put together.

However, these two extremes are rated 7 – the maximum severity level – on the INES scale. Fukushima alone would need a score of between 10 and 11 to represent the true magnitude of consequences.

Further, the authors emphasize that such frequency-severity statistical analysis of holistic consequences should be used as a complementary tool to the industry standard Probabilistic Safety Assessment, especially when aggregate consequences are of interest.

Professor Sovacool adds: “The results suggest that catastrophic accidents such as Chernobyl and Fukushima are not relics of the past.

“Even if we introduce new nuclear technology, as long as older facilities remain operational—likely, given recent trends to extend permits and relicense existing reactors—their risks, and the aggregate risk of operating the global nuclear fleet, remain.”

Finally, the authors emphasize that this work is not comparative in nature, i.e. it does not quantify the risks of other energy sources. It provides a risk assessment for nuclear power alone, thus informing a single criterion, for a single power source, in the selection of a portfolio of multiple power sources, where many criteria must be considered.

Fellow co-author Professor Didier Sornette stresses: “While our studies seem damning of the nuclear industry, other considerations and potential for improvement may actually make nuclear energy attractive in the future.”
The 15 most costly nuclear events analysed by the team are:

More information: An open-source database of all 216 analysed nuclear events is available online, containing dates, locations, cost in US dollars, and official magnitude ratings. This is the largest public database of nuclear accidents ever compiled: innovwiki.ethz.ch/index.php/Nuclear_events_database