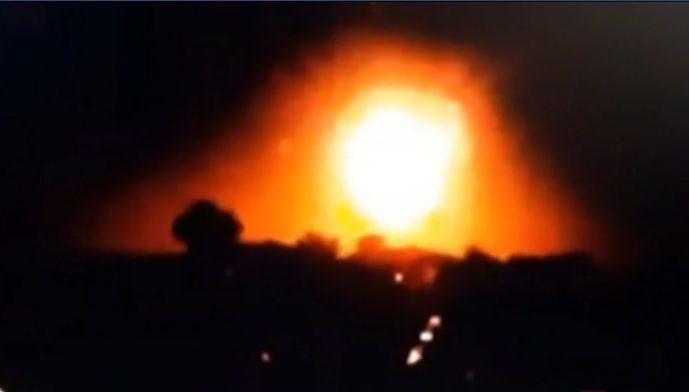 A new study from Western University posits proof to the possibility that an oncoming swarm of meteors – likened to the Loch Ness Monster and Big Foot by some extraterrestrial experts – may indeed pose an existential risk for Earth and its inhabitants. (That’s us.)

When considering catalysts for catastrophic collision, there are two main sources Near Earth Objects (NEOs) like asteroids and meteoroids and interlopers from the outer solar system, which are typically comets.

The Taurid swarm is a third potential source of risk that changes the probabilities of possible catastrophic impacts.

An almost catastrophic impact happened last week in Australia when a rogue meteorite has near-missed the coast of Australia, striking the Great Australian Bight with the force of a nuclear bomb.

According to Express.co.uk the incredible meteor lit up the night skies as it passed over the south coast of Australia on Tuesday, May 21.

According to NASA’s Centre for Near-Earth Object Studies (CNEOS), the meteor entered the atmosphere at 11.5km per second or 25,724mph.

The meteor then partially broke up and crash landed in the waters of the Great Australian Bight bay some 186 miles (300km) west-southwest of Mount Gambier. Before this happened, however, the fireball released enough energy in the sky to equal a “small nuclear bomb”.

NASA said that the meteor entered the atmosphere with the force of 1.6 kilotons or 1,600 tonnes of TNT, it’s in the range of a small nuclear weapon but because it exploded at an altitude of 31.5 km it didn’t do any damage.