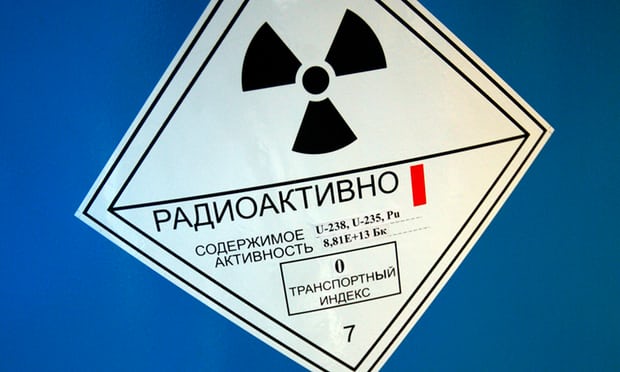 The highest concentration of radioactive pollution was registered in the village of Argayash, whose “extremely high pollution” of Ru-106 exceeds natural background pollution by 986 times.

Russia’s meteorological service confirmed on Monday “extremely high” concentrations of the radioactive isotope ruthenium-106 in parts of the country in late September, following European reports about the contamination this month.

“Probes of radioactive aerosols from monitoring stations Argayash and Novogorny were found to contain radioisotope Ru-106” between September 25 and October 1, the Rosgidromet service said.

The highest concentration was registered at the station in Argayash, a village in the Chelyabinsk region in the southern Urals, which had “extremely high pollution” of Ru-106, exceeding natural background pollution by 986 times, the service said.

It did not point to any specific source of the pollution, but the Argayash station is about 30 kilometres from the Mayak nuclear facility, which in 1957 was the site of one of the worst nuclear disasters in history.

Today Mayak is a reprocessing site for spent nuclear fuel.

On November 9, France’s Institute for Radioprotection and Nuclear Safety issued a report saying Ruthenium-106 had been detected in France between September 27 and October 13.

It said that the source of the pollution was probably an accident somewhere between the Volga River and the Ural Mountains, adding that the concentrations measured in Europe were not a danger to public health.

Ruthenium-106 is a product of splitting atoms in a reactor and does not occur naturally.

Russia’s nuclear corporation Rosatom said at the time that “radiation around all objects of Russian nuclear infrastructure are within the norm and are at the level of background radiation.”