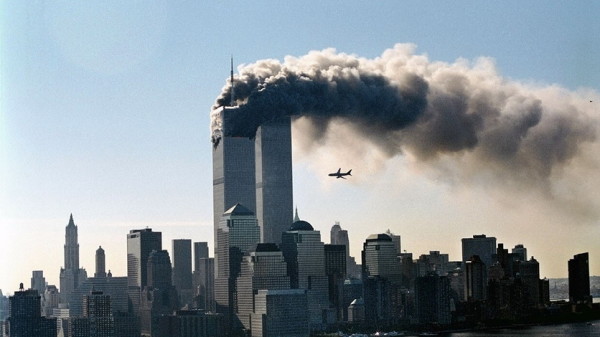 According to Russian reports, the main culprits for the 9/11 attacks operated within the governments of the US, the UK and Israel.

According to a retired FXX agent specializing in Israeli counter intel revealed that nuclear devices were used on 9/11. These nuclear devices were a modified version of the W-54 nuclear artillery shells that were covertly provided to the Israelis between 1988 and 1998 from US surplus stockpiles illegally exported during the Bush/Clinton era.

All plutonium based warheads have a chemical fingerprint that can identify the type of design and where the PU was made and how old it is. This was the 911 blackmail on Bush 1 and 2, the illegal transfer of surplus US nuclear weapons to the Israelis and why the continued cover up, along with the stolen gold and stock fraud that was going on Wall Street etc.

Only a 2 kiloton device was needed to drop the buildings. A 2 kiloton device will produce a fireball of apx 150 to 200 feet in diameter at over 4000 degrees Centigrade. Just large enough to melt the I beams of the central core of the building and drop them in place. The light flash would last less than 1 second and primarily be in the UV light range. Overpressure would only be at 60PSI max and directed upwards with the blast. See underground effect.

Fallout would be minimal and located to within ground zero range only. Radiation would drop to acceptable levels within 72 hrs. after the blast. Most fall out was trapped in the cement dust thus causing all of the recent cancer deaths that we are now seeing in NYC amongst first responders.

Melted steel and iron oxide or “nano thermite” is a byproduct of the very high gamma ray / Neutron flux induced into the central steel core. The radiation dissolves the steel into iron oxide consuming the carbon and silicone in the steel.

This explains the missing steel columns and the very important clue of the “vaporized’ 20 ton antenna tower atop the south tower. The upward blast of radiation literally vaporized it. Video evidence proves this to be true.

The one’s used on 911 were kept at the Israeli consulate in NYC until put in place. After 911 the FBI now checks all diplomatic pouches with a Geiger counter before entering or leaving the US. The South African weapons were also surplus W-54 artillery shells acquired from Israeli and final assembly and testing was done in South Africa with Israel assistance.

The primary purpose of the nuclear weapon used on 911 was to produce a massive Gamma ray / neutron flux that would vaporize about 150 to 300 feet of 6 inch thick steal I-beams that constituted the central core of the WTC buildings. This created a free fall event as seen on TV that day.