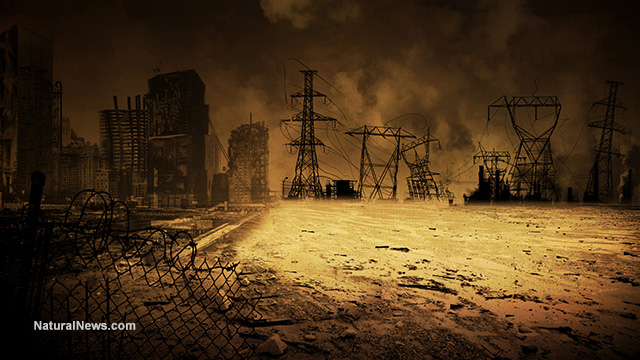 U.S. intelligence agencies believe that the Russian military is set to build a new nuclear-powered drone submarine that can silently deliver a massive atomic weapon to American port cities on both coasts.

As reported by the Washington Free Beacon, U.S. intelligence officials appeared to get confirmation of the new weapon system – one officials had previously suspected was under development – via a Russian government-linked TV network broadcast of a high-level meeting recently held between President Vladimir Putin and members of his top military staff.

Initial reports indicated that details surrounding the sub might have been disclosed inadvertently – a claim asserted by Russian diplomatic officials in a statement to the Russian media.

“Some secret information did indeed end up in front of the camera lenses, so it was later deleted,” said Russian spokesman Dmitri Peskov, as quoted by Interfax. “We hope this won’t happen again.”

But after careful analysis of the broadcast, taken in context of comments made by Putin criticizing U.S. missile defense efforts, U.S. intelligence officials now believe the broadcast of the sub plans was intentional.

But either way, the weapon represents a substantial threat to U.S. national security, and could even be a game changer of sorts. As the WFB has reported, the drone sub is remotely piloted, is nuclear powered, can be launched from a larger conventional submarine, has a range of 6,200 miles, can achieve speeds of about 56 knots, and will carry a megaton-sized thermonuclear warhead.

What’s more, the atomic blast is designed to be “dirty” – that is, to spread as much radiation as possible, making affected regions uninhabitable and useless for decades to come.

As NationalSecurity.news reported earlier, the sub has been code-named “Kanyon” by the U.S. intelligence community. Called “Status-6” by the Russians, the drone sub’s objective is to sail into harbors and ports of enemy countries and detonate its payload. And with megaton status, such weapons could also spark massive, radioactive tidal waves.

It’s possible that the United States has taken the Russian warning to heart by offering up its own show of force, in a recent “message” that was likely aimed at China as well.

As reported by Natural News editor Mike Adams, the Health Ranger, a recent test-launch of a Trident intercontinental ballistic missile well within sight of southern California shores was far from normal.

Gearing up for World War III?

“Apparently the media thinks the public is so incredibly stupid that they’ll believe the U.S. Navy has nowhere else to launch a test missile other than right next to Los Angeles. Somehow we’re supposed to believe the entire Pacific Ocean won’t work for such a test launch, so they have to launch it adjacent to the airport and thereby inconvenience commercial aviation traffic for an entire week.

“Obviously, the official cover story is pure bunk. So what’s the real story behind this? It all has to do with China and the covert war that’s already underway between China, the US and Russia.”

In addition, the Pentagon recently announced it had completed a third and final test of a critically important air-launched nuclear weapon. As reported by The National Interest:

“The Pentagon has completed the third and final developmental flight test for the B61 Mod 12 aircraft-delivered thermonuclear bomb. Unlike previous American nuclear bombs, the new B61-12 is designed for high accuracy using inertial guidance but low yields—which is hoped will give the weapon better overall performance.”

As for the Russian drone sub, according to translated details seen on the briefing slide that was “accidentally” broadcast, the Kremlin plans to build it by 2019, with testing lasting until 2020.