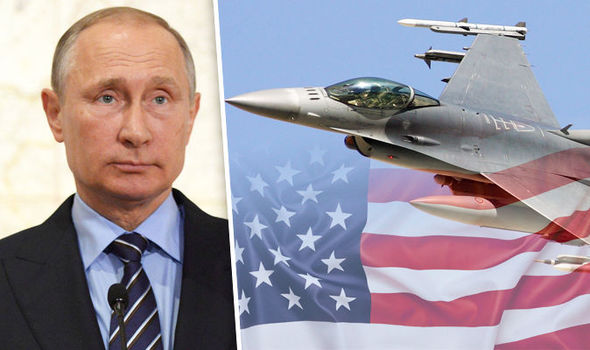 RUSSIA has warned it will shoot down US warplanes flying over Syria as tensions between Vladimir Putin and the West rapidly approach boiling point.

Moscow military bosses said they have set up sophisticated anti-aircraft missile systems in the war-torn country that may be a “surprise” to unidentified planes and helicopters.

Ruthless Putin ordered the deployment of the high-tech S-300 and S-400 units in order to protect Russian troops on the ground.

Russian Defence Ministry spokesperson General Igor Konashenkov, said: “Any missile or air strikes on the territory controlled by the Syrian government will create a clear threat to Russian servicemen.

“Russian air defense system crews are unlikely to have time to determine in a ‘straight line’ the exact flight paths of missiles and then who the warheads belong to.

“And all the illusions of amateurs about the existence of ‘invisible’ jets will face a disappointing reality.”

Fears of a confrontation in Syria between the US and Putin’s troops have increased following the coalition bombing of Russian-backed Syrian government soldiers last month.

The strike, which the US claimed was an accident, reportedly killed 83 of Bashar al-Assad’s men. 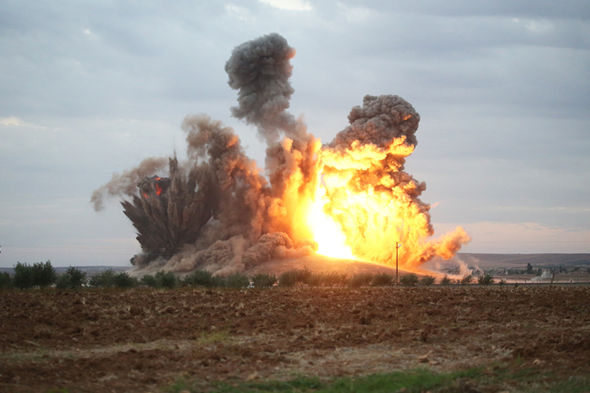 But the Russian foreign ministry swiftly hit back, accusing the US of “supporting” terror cult Islamic State.

The incident occurred shortly before peace talks between Washington and Moscow in Geneva collapsed on Monday.

Last night war fears were further heightened after the Kremlin confirmed it sent a warship to the Mediterranean.

The Mirazh missile corvette, armed with state-of-the-art cruise missiles, follows another two Black Sea Fleet vessels, The Serpukhov and The Zelyony Dol, which had been due to reach the Mediterranean on Wednesday.

And a top US army official warned a full-scale war between nations is “almost guaranteed”.

Major General William Hix said the White House should prepare for “violence on the scale that the US Army has not seen since Korea”.